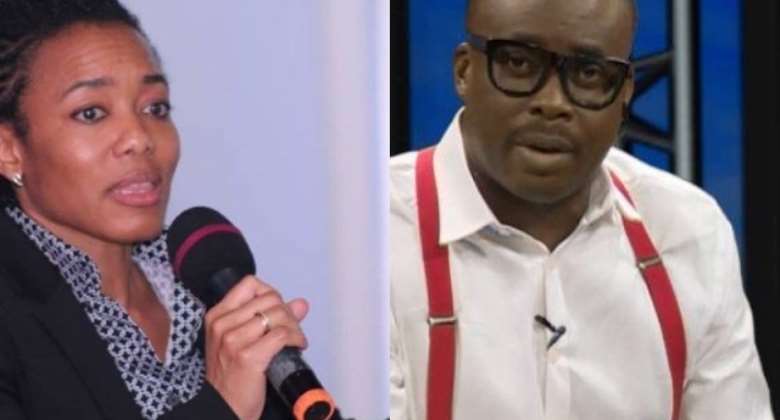 Justifying his rant against the opposition MP on his Good Evening Ghana programme, Mr Adom-Otchere told Accra-based Citi FM on Friday, 17 April 2020 that Dr Agyeman-Rawlings’ unsubstantiated claim could have incited “violence” from members of her National Democratic Congress (NDC) against members of the governing New Patriotic Party (NPP), which could have degenerated into a Rwanda genocide-like war.

The comments of Mr Adom-Otchere followed the expression of an intention by the Minority in Parliament, to drag him to the National Media Commission (NMC) and the Ghana Journalists Association (GJA) over what they deem his attack on one of their own, who happens to be the first daughter of the party’s founder, former President Jerry John Rawlings.

In his Thursday night tirade, Mr Adom-Otchere admonished the first-time lawmaker to stop “misbehaving” and making “unsubstantiated” allegations against her political opponents at a time that the country needs unity to fight COVID-19.

Despite an initial denial by the government, the medical doctor-turned-politician, in a statement, asked President Akufo-Addo to probe the matter.

In his editorial, however, Mr Adom-Otchere, a member of the Board of the National Communication Authority (NCA) described the allegation of the opposition legislator as “wrong” and called on her to behave properly.

In a response to Mr Adom-Otchere, Mr Nartey George said: “Yesterday [Thursday] was an eyesore and it did do a lot of erosion to the confidence that Ghanaians have in the media fraternity”.

According to him, “When you see the kind of mercenary journalism, journalism-for-hire that was done by Paul Adom-Otchere, it’s shameless and reprehensible”, adding: “I struggle to call what Paul Adom-Otchere did yesterday as journalism; you know a one-man monologue where he goes on running people down without giving them a fair hearing”.

“… This is not the first time”, Mr George said, noting: “Paul Adom-Otchere has very little currency when it comes to credibility in this country and journalism”.

We can’t accept debt exchange programme in this difficult cr...
2 hours ago