Uncovering The Mystery Behind The Bribery Scandal Involving TOR Boss And Securities And Exchange COMMISSION (USA). 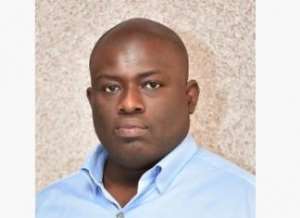 On Monday 14th April 2020, The US regulator, Securities and Exchanges commission filed a claim at the United States District Court Eastern District Of New York against an ex banker.

The ex-Banker has been identified as Berko Asante a dual citizen of Ghana and USA.

According to news reports and court documents, he is an ex-employee of Goldman Sachs and currently the CEO of a Ghanaian State Owned Enterprise (SEO).

Contrary to news reports in and out of Ghana, the deal in question is not the Ameri nor Karpower Agreements entered by the previous NDC government. The Company at the heart of this deal is AKSA Enerji, referred to as Turkish Energy Company in court filings.

The minister of Power at the time, entered into a Power Purchase Agreement with a Turkish Company in on or around 11th or 12th May 2015 (see attached copy of Agreement sent to Parliament for approval and SEC court Filing) [1]. The name has also been confirmed by the former deputy minister of Energy/Power in the NDC administration.

The parties to the Agreement (Government of Ghana and the Turkish Energy Company), in Article 9, agreed to abide by numerous International Conventions and Laws. Namely Convention on Combating Bribery of Foreign Public Officials in International Business Transactions signed in Paris , which entered into force on 15 February 1999 ; UK Bribery Act 2010 and US Foreign Corrupt Practices Act.

Interestingly, the people involved in the transactions deliberately and flagrantly flouted these Conventions and Laws. They only paid lip-services to these regulations.

Do bear in mind that Goldman Sachs terminated their involvement as transaction advisors when they had knowledge of the involvement of PEPS and the Intermediary Company. However, they still retained their ownership of shares in the Turkish Company. According to the 2018 Annual Report of the Turkish Company (See attachment) , Goldman Sachs sold its 16.62% stake to Kazanci Holding AS[2] (the company they bought the shares from in 2012).

According to court documents, the Banker was brought on board to facilitate this particular transaction, due to his knowledge of the Ghanaian and West African terrain. Once this deal was signed off he left Goldman Sachs in or about December 2016.

On page 24 of the court fillings, it is mentioned that certain officials of state were alleged to have received bribes from the Turkish Energy company. These include employees and officials working at 'Government Power Grid Company (VRA and GRIDCO) , the Government Electricity Company (ECG/PDS), Ministry of Power'.[3]

In June 2018, Parliament of Ghana approved a tax waiver for the Turkish Company. Interestingly page 26 of the Court documents shows that , ' Intermediary company', was to help facilitate the granting of tax waivers to the Turkish Company , upon which bribe payments disguised as payment for “purported services “ will be paid.

As for the identity of Government Official 1 and 2, it is plainly inscribed on the documents sent to parliament.

John Jinapor, a Deputy minister at the Energy/Power, has come out to deny that he was involved in this bribery scheme. He has intimated that his boss Kwabena Donkor, oversaw negotiations for this deal.

Could Kwabena Donkor, be the Government Official 1? If he is, then who is Government official 2?

Who is Intermediary Company and the PEP?

What kind of background checks, go into the appointment of officials of state institutions?

Will the US request for extradition of the Banker, will he resign or be fired from his position as CEO of Tema Oil Refinery?

Why has Asante Berko not settled with the Securities and exchanges Commission in USA (bearing in mind settlement is not an admission of guilt and this is a civil case in USA).

Will the banker name the other culprits involved? will he take people down with him for their part in this scandal?

When will the Special Prosecutor in Ghana open investigations? I know, we have alluded to the civil nature of the case in USA. However, Under Ghana laws, there are criminal elements within this scandal that needs to be investigated.

Which Members of the Ghanaian Parliament and Public servants were involved in the receipt of these bribery payments?

Will Goldman Sachs forfeit their gains from the sale of the shares of AKSA Enerji in 2018?

This article will be re-produced on the international news aggregation website www.thefinancialcrime.com Written by Kwadwo Kusi-Frimpong, a Financial Crime, Governance and Regulatory Expert, who has extensive experience working with banks and financial institutions in UK, Switzerland and The Netherlands. He holds an LLM from University of Law and is a graduate University of Ghana and Said Business School, University of Oxford. Assisted by Gyamfo Agyabeng (Corporation Tax Specialist) and Charles Brew (Political Analyst). The team can be contacted at: [email protected] and [email protected]

Feature Article
Powered By Modern Ghana
Hitches Of Islamic Economies In Ghana
Nigeria's Youth Still Face Growing Challenges
God Has, Indeed, Saved Us from Mahama
Whilst You Wait On God Do Not Let Fake Prophets, Pastors, And Church Owners Take You To Hell With Them
Language Agenda: Education Fund Or Educational Fund
Endorsement Of Incumbent Governments By Chiefs: Is It An Unfortunate Convention Against Article 276(1) Of The 1992 Constitution?
On Pan-Africanist: My Reply to the Naysayers
We Prefer Akufo-Addo’s Wicked God to Mahama’s Inscrutable Divine Providence
GUTA Must Be Empowered to Compete
COVID-19 Updates Live Dashboard
TOP STORIES