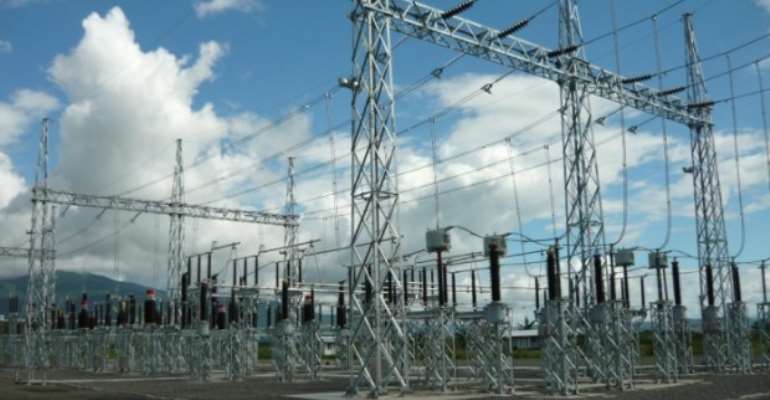 The U.S. securities regulator on Monday charged a former banker at Goldman Sachs who is the current head of the Tema Oil Refinery (TOR) for arranging $2.5 million in bribes to be paid to Ghana government officials to gain approval for a client’s power plant project.

The Securities and Exchange Commission said Asante Berko, a former employee at a subsidiary of the U.S. lender, arranged the bribes for a Turkish energy company to funnel the money to a Ghana-based intermediary, which then paid the local officials.

“Goldman Sachs fully cooperated with the SEC’s investigation and as stated by the SEC in its press release, the firm’s compliance personnel took appropriate steps to prevent the firm from participating in the transaction,” company spokeswoman Nicole Sharp said.

The government officials, along with the companies, are not named in court documents.

“From approximately 2015 through at least 2016 (the “relevant period”), while employed at the Subsidiary, Berko schemed to bribe various government officials in the Republic of Ghana (“Ghana”) so that a client of the Subsidiary, a Turkish Energy Company (the “Energy Company”), would win a contract (the “Power Purchase Agreement”) to build and operate an electrical power plant in Ghana and sell the power to the Ghanaian government (the “Power Plant Project” or “Project”).”

Below is the full US SEC statement
The Securities and Exchange Commission on Monday charged a former executive of a financial services company with orchestrating a bribery scheme to help a client to win a government contract to build and operate an electrical power plant in the Republic of Ghana in violation of the Foreign Corrupt Practices Act (FCPA).

The SEC’s complaint alleges that Asante Berko, a former executive of a foreign-based subsidiary of a U.S. bank holding company, arranged for his firm’s client, a Turkish energy company, to funnel at least $2.5 million to a Ghana-based intermediary to pay illicit bribes to Ghanaian government officials in order to gain their approval of an electrical power plant project. The complaint further alleges that Berko helped the intermediary pay more than $200,000 in bribes to various other government officials, and Berko personally paid more than $60,000 to members of the Ghanaian parliament and other government officials. According to the complaint, Berko took deliberate measures to prevent his employer from detecting his bribery scheme, including misleading his employer’s compliance personnel about the true role and purpose of the intermediary company.

“As alleged in our complaint, Berko orchestrated a scheme to bribe high-level Ghanaian officials in pursuit of firm business and his own enrichment. Berko’s misconduct was egregious and individual accountability remains a key component to our FCPA enforcement efforts,” said Charles Cain, Chief of the SEC Enforcement Division’s FCPA Unit. “The firm’s compliance personnel took appropriate steps to prevent the firm from participating in the transaction and it is not being charged.”

The SEC’s complaint, filed in the U.S. District Court for the Eastern District of New York, charges Berko with violating the anti-bribery provisions of the FCPA and federal securities laws. The SEC is seeking monetary penalties against Berko among other remedies.

The SEC’s case is being handled by Asita Obeyesekere and Paul G. Block of the FCPA Unit and Kathleen Shields, Mark Albers, and Marty Healey of the Boston Regional Office.

More Headlines
ModernGhana Links
We will not allow anyone to cheat us in 2024 elections — Mahama
31.2km Assin Praso Assin Fosu road to be completed in November 2023
Your head should be properly examined if you think we'll sit down to be brutalised, murdered in 2024 elections again – Elvis Afriyie-Ankrah
Cape Coast Airport will be constructed at all cost - Akufo-Addo
‘We won but soldiers forced EC to declare results in NPP’s favour’ – Mahama
Komenda factory: "Mahama constructed the roof before building the foundation" - Akufo-Addo
Akufo-Addo commissions Engineering Workshops at Cape Coast Technical University
Komenda Sugar factory to be operational in 2022 — Akufo-Addo assures
Kufuor handed over to Mills, I handed over to you, so prepare to handover to me – Mahama slams Akufo-Addo's 'I'll hand over to NPP' comment
TOP STORIES