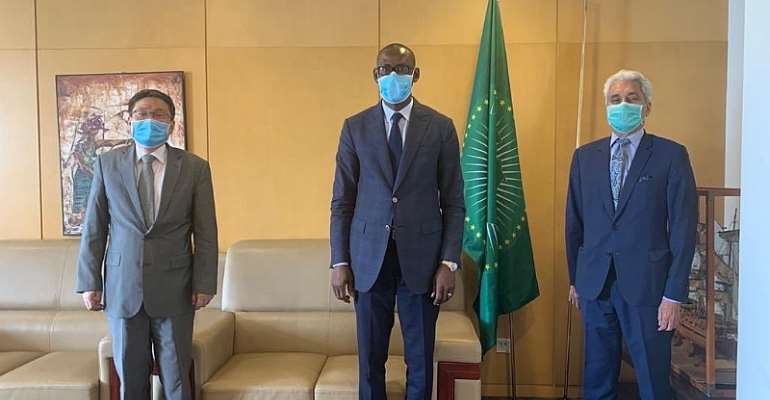 The African Union has said it has summoned the Chinese Ambassador Liu Yuxi over allegations of discriminatory treatment of some African nationals in China.

President of the Commission wrote on his Twitter account, "my office invited the Chinese Amb to the AU, Liu Yuxi to express our concern at allegations of maltreatment of African in Guangzhou..."

Some Africans in the Chinese city of Guangzhou alleged they are being maltreated by some Chinese of fears of the world pandemic.

They accused their Chinese counterparts of pushing them out of hotels, restaurants and other public places.

President of the African Union Commission stressed that the organisation has also called on the Chinese government to take preemptive measures to stop such inhumane treatment of Africans.

"...called for immediate remedial measures in line with our excellent relations. "

His Excellency Moussa Faki noted that an African group based in Beijing was also meeting the Chinese government over such unfair treatment.

But the Chinese Ministry of Foreign Affairs spokesperson said: "Face with the severe test of epidemics, China and African countries are united more than ever. We treat all foreign nationals equally in China. We reject differential treatment and we have zero tolerance for discrimination."