What Bill Gates Does In Africa Or Third World Countries 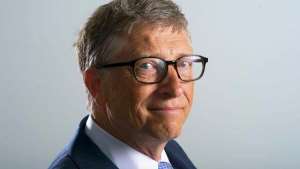 "Bill Gates was not always generous, the problem with Bill is that he wants to keep 10 cents for every dollar he lands in his hands,” said Steve Jobs, the American inventor, designer, and entrepreneur who was the co-founder, chief executive and chairman of Apple Computer.

Steve Job knows Bill Gates very well as a man who has gained respect and popularity over his generosity and philanthropic works but behind the scene, he finds a way to take back every penny he gives out with maximum profits.

Until the age of 40, Gates gave all his strength to Microsoft but at the end of the 20th century, when the company dominated the market, and Gates himself became the richest man in the world. He was leading in the Forbes list from 1995 to 2007 until priorities began to change.

He was attracted to charity and once donated $ 16 billion for a year, it seems that it was in 2000, maybe even $ 20 billion,” he told FT with a strange, though not specific for him. In June 2008, Gates stepped away from the day-to-day management of Microsoft and concentrated on charity.

He concentrated on third world countries, with the aim of improving health facilities, reduce diseases, poverty and the improvement of education but his real interest in Africa is a hidden agenda.

Working closely with the World Health Organization and the pharmaceutical giants, Bill Gates, actually uses Africans as guinea pigs in testing new drugs ready to find suitable markets. He did that in India, crippling hundreds after vaccination.

In Africa, it is always easy for Bill Gates to carry out sinister activities, since the continent has the weakest borders and security in the world. With his money, every African leader sees him as a saviour but the true fact is the man is a devil in disguise.

Up to date, many find it hard to believe that Bill Gates played a role in the Ebola epidemic in West African countries of Liberia, Sierra Leone, and Guinea.

In a world that many believe in lies than the truth, I will still make it clear to everyone that Bill Gates together with the US government was responsible for the Ebola that erupted in Congo on multiple occasions.

Before Africans will no the truth and the difference between the truth and what the criminals called conspiracy theories, many would have perished out of ignorance.

I feel very sad to see how the coronavirus biological weapon has descended heavily in the world today, destroying mankind around the globe, especially, in Spain, the United States of America and Italy.

This should remind us and be careful in whatever we do to other people because whatever goes around comes around.

Joseph Yamin to clear weeds in all abandoned Mahama projects...
20 minutes ago