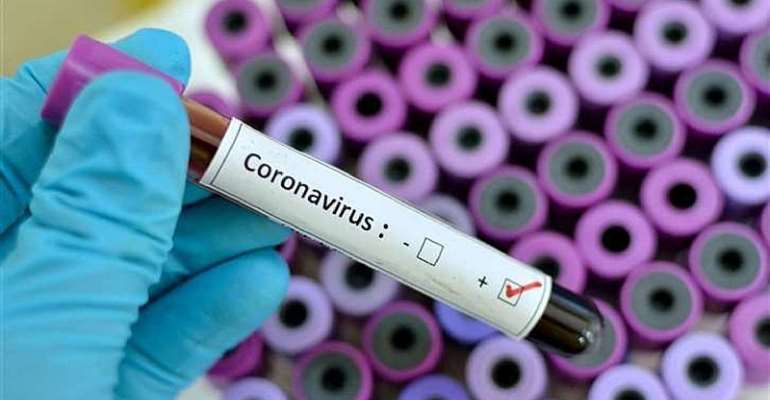 There are always uncertainties in the global financial market and our social interaction that cause disturbances. When such events occur they expose some countries’ economic and structural vulnerabilities. One of such unforeseen events, that has triggered world-wide drastic reaction is the emergence of corona virus also known as COVID-19 which started its vicious attack on human race from the later part of 2019 in Wuhan China. The virus quickly expanded taking advantage of our inaction, lack of vaccine and geopolitical confusion, to become a universal health threat, and it was officially codified by World Health Orgainsation as a pandemic in March 2020. The dreaded disease caused a sharp disruption of the world order leading to a steep downturn of global stock prices, disorganization of critical businesses like airlines, tourism and international trade. Countries which depended heavily on China for their imports, are suffering the adverse effect of COVID-19. Ghana which is one of the many counties that depended heavily on Chinese imports has assumed a sluggish economic status since January 2020. This situation has made some analysts to ask critical questions regarding the quality of the structural economic foundation of the nation to withstand major adverse world events.

Is it time for Ghana to restructure its economic foundation by going back to the basics of community development? What are those fundamentals that are very critical as catalyst for the development we yearn to attain? I will address a number of these fundamental factors in my subsequent articles and I will urge you to look out it in the coming weeks. I will look at these solutions purely from a young passionate, development oriented and pro Pan-Africanist perspective.

Every community by natural human evolution has unique culture which gives the community identity and shapes future aspiration of its constituents. Culture defines who we are and serves as the driving force for community cohesion. It is the unseen influencer that shapes our identifiable future existence. There are examples of nations have harnessed the assets in their culture to promote their economies and to create visible and enviable identity in the world. Japanese, Chinese, Americans, the Swiss and the British are just a few countries that have unique cultural identities that continue to shape their development and has created a special space for them in the committee of nations.

As nation, how can Ghana revisit the unique assets hidden in our culture and repackage them as contribution to the world’s evolution. One important aspect of our culture is our fashion. By fashion I mean the way we dress and view fashion in general. There are several societies within Ghana’s geographical expanse. They include Ewes (in general), Akans, Fantes, Dagombas, Ga-Adangbes, Gonjas, and other very notable ethnic groups. Each of these identifiable societies has unique ways of dressing. These special and unique of dressing styles are guided by communal codes which are followed by the constituents. There are codes of dressing which are acceptable as formal, those that are regarded as casual and those that are not acceptable to be worn in public. Our dresses give a sense of belonging, pride and promote natural cultural diversity and beauty which must not be toyed with.

Unfortunately we as a nation have allowed ‘modernization’ to subjugate our unique fashion sense. We generally have redefined what is formal, casual and unacceptable way of dressing using the lenses of our brothers and sisters from mainly the west (who left a deep mental scare on Ghanaians), and in recent times our Chinese friends. Wearing African dress is seen as ‘casual’ way of dressing in every sense and hence the uniqueness and importance of our dresses have been relegated to the background. The effect of this reverse thinking and action has lasting adverse implication on our social lives, economic development and future survival, which COVID-19 has revealed.

It is easy to see the representatives of the people, our Members of Parliament, were suit and tie to the parliament of Ghana on most occasions. It is regarded as the ‘formal’ and most acceptable way of ‘civilized’ dressing in the respected chamber. Wearing western style dresses is regarded among the western ‘educated’ persons as more civilized and urban way of living. Within the corporate world, it is regarded as a gentleman’s way of dressing if one puts on suit and tie to work. Engineers prefer to wear tie and suit in office instead of putting on a working overall to work. What is sometimes disheartening is the fact that our young graduates who struggle to get poorly paid field jobs are required to wear suit and tie under the scotching African sun, all in the name of dressing ‘formal’. This is the condition under which we the young ones are being raised.

The educational system we adopted even after independence puts much emphasis on training people to speak, think and dress like the whites. The cost of this cultural misalignment is devastating. For example Ghana spends millions importing fabric and clothing from countries like China, India, United States and other countries yearly. The implication of this is that we tend to finance the economies of the exporting counties whilst we kill our local textile industry, artisans and other companies that attempt to produce clothing locally.

It is recommended that the government should devise a policy to formalize wearing of African dress to work by all Ghanaian workers. The current policy that requires Ghanaians on their own land to put on African wear only once in a week, is a huge dis-incentive for Ghanaian entrepreneurs. Through a simple but effective policy of wearing Ghanaian dress to work for five days in a week, more jobs can be created for Ghanaians in the fashion and dressmaking sector of our economy. This makes Ghana less dependent on foreign import of clothing for its citizens. This also creates a unique identity for Ghana among the committee of independent states in the world.

It is recommended also all Members of Parliament must desist from wearing suit and tie to parliament. Instead parliamentarians should be seen to be promoting growth of local businesses by patronizing the unique dress of the people they represent in Parliament. Parliamentarians must be made to wear local outfit of particular ethnic groups at defined intervals to Parliament, to promote cultural unity, interethnic tolerance and most importantly increase job creation for the citizens, especially the youth. This will gradually ensure consistent patronage of made in Ghana products which when properly done can endanger inter-regional trade among Africans.

In his masterpiece, Clothing Poverty, Andrew Brooks made reference to a decision of a well-known political figure and a learned lawyer, Mahatma Gandhi who redefined himself and promoted mental reorientation by revoking the need for driving local development through promotion of local dress. Even though Gandhi came from a wealthy family and having previously adopted western style clothing when he studied Law in London, after he graduated and wanted to promote development of India he immediately swapped his English suits for simple white cotton attire to resonate with the people.

Through his action Khadi cloth, cut in different ways such as the Nehru jacket became the rigueur for Indian leaders for decades.

At the moment little is being done in this regard in Ghana. Let us agree to be independent by wearing what we sew to reduce over-reliance on foreign nations. This then requires that Government must develop effective policy to revamp the cotton growing industry particularly in the northern part of Ghana. Part two of this article deals with ways we can utilize our land and food to support rapid economic growth. In the meantime observe strict hygienic protocols to stay healthy and alive.

Article by Samson Addo, an Energy Economic student and a passionate advocate of home-grown development policies. Contact me on [email protected] . Mob:0541834811