Coronavirus: Fishermen Warned Not To Entertain Canoes From Neighboring Countries 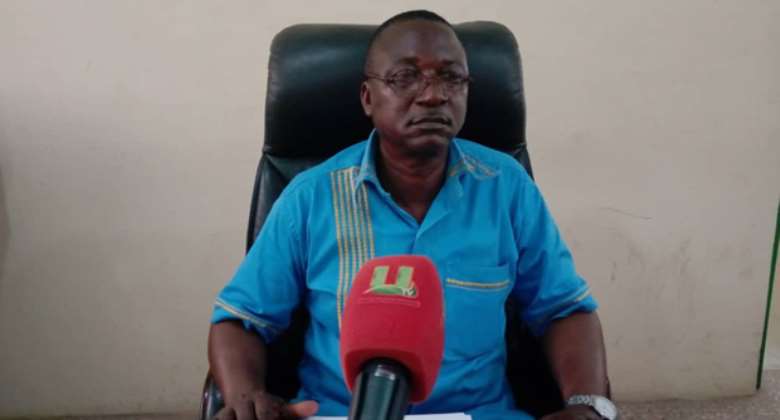 Chief fishermen in the Shama District of the Western Region have been warned not to allow fishermen coming to the area in smaller boats and canoes from neighbouring countries with confirmed cases of Coronavirus (COVID 19).

They've been asked to rather report such persons to the Rapid Response team constituted by the Shama District Assembly.

The District Chief Executive (DCE) for the Shama District Assembly, Joseph Amoah, who issued the warning, said the assembly had also requested for reports from all companies operating in the area on measures put in place to protect employees from the disease.

Briefing the media in Shama on the preparedness of the assembly to help prevent the spread of the disease, the DCE noted that the Rapid Response team was to help deal with any suspected case.

Mr Amoah said the response team was made up of the District Health Director, a medical doctor from a private hospital in the district and the district disease control officer.

The rest include the health promotion officer, a laboratory officer, the district veterinary officer and the ambulance service.

He also noted that a communication team had been formed by the District Health Directorate to embark on intensive public education.

He noted that the education would emphasize on personal hygiene like frequent washing of hands with soap and running water, use of hand sanitizers and reduction of body contacts.

“The assembly members are also disseminating information on the preventive measures through the Community Information Centres in their respective electoral areas.

“We have also written letters to churches, mosques, schools and traditional authorities to strictly comply with the President's directive, especially the suspension of public gatherings,” he said.

He mentioned that the assembly would also embark on the distribution of hand washing equipment such as Veronica buckets and liquid soaps to public institutions, markets and lorry stations.

The DCE added that the Volta River Authority operating in the area and a CHIPS compound in the district had designated some places as isolation centres or holding areas, adding, “A task force has also been set up to ensure the compliance of the president's directive”.

Terrorism: Be quick to report any suspicious persons or pack...
29 minutes ago