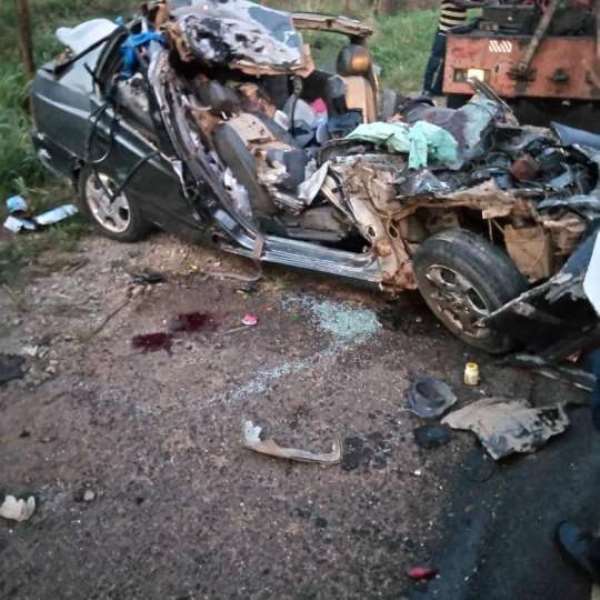 A pregnant woman travelling with her husband from Accra to Cape Coast died on the spot when their vehicle got involved in a tragic accident at Gomoa Abotsia, near Apam.

He said upon reaching Gomoa Abotsi, the driver of the Benz Mini Trailer lost control of the steering when he had a burst tyre and run into the Hyundai vehicle the couple was traveling in, from the opposite direction.

He said the husband was trapped in the vehicle and officers of the GNFS struggled to rescue him.

ADO II Hudu said the man, who was in critical condition, was sent to the Apam Government Hospital by the Ghana Ambulance Service, while the body of the deceased was deposited at the same facility by the Police.