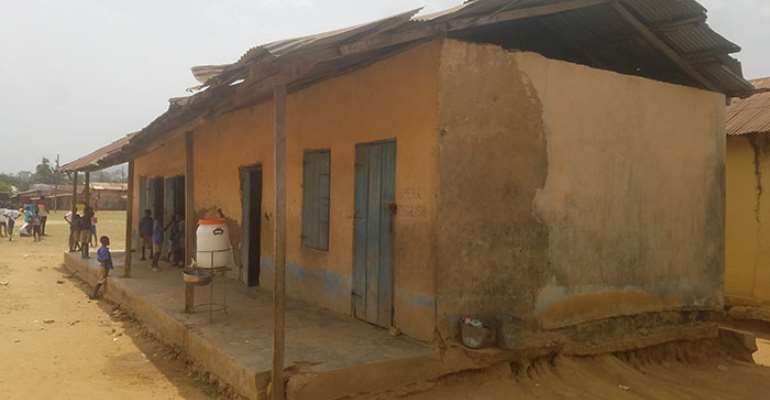 The Bosuso Presbyterian Primary School building in the Fanteakwa South District of the Eastern Region is facing imminent collapse due to its dilapidated nature of the building.

The pupils have been risking their lives to study in the building for many years without anything being done about the situation.

The Headteacher of the school, Felix Ofoe Teye, said the nature of the building served as 'death trap' and it was not conducive for teaching and learning.

He said whenever it rained, they had to move the pupils from the building to another place and in most cases they had to close the school due to roofing leakages.

“We are very worried that the children will continue to endure this situation. It doesn't help the children to study harder. The conditions are so poor that some of them are not prepared to study to have a better future,” he pointed out.

He said the DCE for the area came on an inspection tour of the school and promised to see to it that the problem was resolved but they were yet to hear from him again.

When it comes to ICT, the headteacher said an NGO called WORLD VISION had done a lot for them and commended it highly.

“They provided us with some tablets and projectors which we are using to teach the ICT courses but unfortunately for us the gadgets are not enough,” he added.