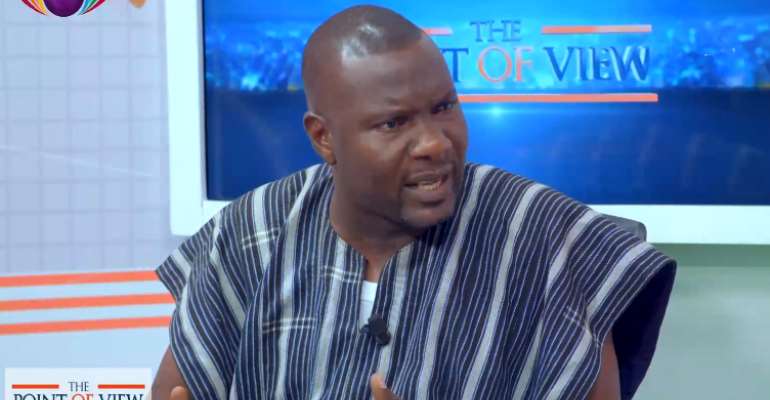 An opinion leader in Sogakope, Maxwell Lukutor has debunked allegations by the Police that he had a role in the violence that characterised the aftermath of the killing of the Assembly member of the Sogakope South electoral area, Marcus Mawutor Adzahli.

The Police, in a report, said the lawlessness demonstrated by the youth was “led by one Maxwell Lukutor, a self-acclaimed leader of Sogakope. The Command has taken note of the role he played in inciting the youth to engage in vandalism and lawlessness where properties were damaged and the international road was blocked.”

But Mr. Lukutor, on the Point of View on Citi TV on Wednesday, denied these accusations, saying he was not even present at the grounds when the chaos took place.

“When this was happening, I was nowhere near. Apparently, the Regional Minister was in town and there was a scheduled meeting between some of the youth, myself, and him and so we were waiting at the meeting ground for the Minister to come and meet us. We were at the DCE’s residence. The Regional Commander was there as well. They all saw me at the meeting. So I was nowhere near the scene,” he exclaimed.

“I am not against them [the Police]. They are actually my friends. But for me, I’m operating from a level of principle that if we’re not safe, we’re not safe. Whether you’re my friend or not, we’re not safe. So do something and make sure we are safe… And so if out of our anger that we express, that we want to be safe and these things happen, why would anybody come and be blaming me? Anybody who knows me ordinarily will know that I’m not a violent person. I’ll never hurt a fly. I am a person who will bring order when there is chaos. We shouldn’t be blaming each other for whatever that is happening now.”

Marcus Mawutor Adzahli who is also a mobile money vendor was shot dead on Sunday, March 1, 2020 at his residence in Sogakope.

They also besieged the police station in the town with claims that the police lack urgency when tackling crime.

According to them, when the assemblyman's house was invaded, the police were called but took over 30 minutes to arrive at the scene, making it too late to save the assemblyman and his family.

But the Volta Regional Police Command has refuted claims that its personnel failed to respond to distress call during the killing of the South Sogakope assemblyman, Marcus Mawutor Adzahli.

It rather said it will investigate claims by residents of Sogakope that police in the area have been negligent amid a purported increase in violent crimes.

Meanwhile, the District Chief Executive of the South Tongu local assembly, Emmanuel Luis Agamah has put a GHS10,000 bounty on the heads of perpetrators involved in the murder of the Assemblyman.