Sogakope Murder: Police To Be Investigated Over Residents’ Anger 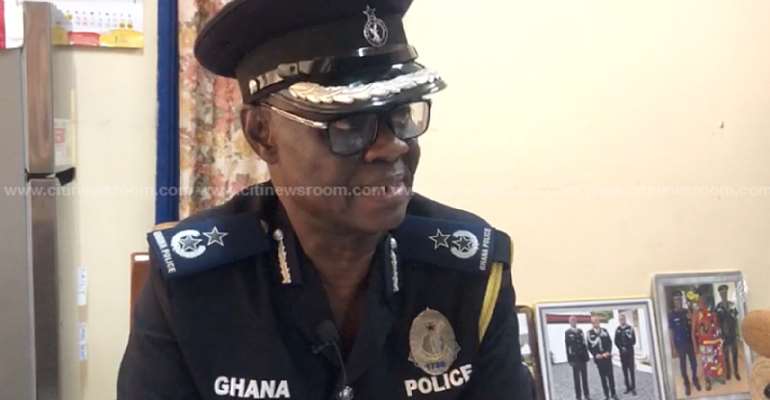 The Volta Regional Police Command has refuted claims that its personnel refused to respond to distress call during the killing of the South Sogakope assemblyman, Marcus Mawutor Adzahli.

The command, however, says it will investigate claims by residents of Sogakope that police in the area have been negligent amid a purported increase in violent crimes.

At a press briefing on Wednesday, March, the Volta Regional Police Commander, DCOP Edward Oduro Kwateng, said: “this assurance is non-negotiable and the results will soon manifest.”

“At the instance of various concerns raised by the teeming youth regarding the professional conduct of Police personnel stationed at Sogakope, the Command is interested in inquiring into these concerns to enable it, sanction officers who are found complicit.,” he explained.

Police response to attack on assemblyman

But in the case of the killing of the assemblyman, DCOP Kwateng defended the response of police personnel.

According to him, police officers detailed at the Sogakope barrier received calls on the attack at 12:50 am on March 1 and they rushed to the scene.

A police patrol team was later called to respond to the attack at 1:10 am but “was far from the scene.”

“It will be instructive to note that the Police did not delay in arriving at the house of deceased in order to save the situation and where delay was anticipated, an advance team at the Barrier abandoned their beat and went to the rescue, but unfortunately, the man was killed and robbed while the wife and child were wounded,” the police commander explained.

At the scene of the crime, the police discovered six used and one unused BB Cartridges believed to have been used by the assailants.

The Regional Criminal Investigation Department at Ho has since taken over the investigation into the killing and is being supported by the Anti-armed Robbery team from Police Headquarters in Accra.

Following unrest in the community, the police command has urged the residents “to support the Police

in their efforts at unravelling the killing of the Assemblyman.”

“Again, we must all be reminded that acts of lawlessness and destruction of property to register our

displeasure in situations like this cannot remedy the situation,” DCOP Kwateng said.

Some residents stormed the district police station and were pelting stones at the police.

They had also blocked the Aflao-Accra road at the end of the Lower Volta bridge at Sogakope on successive days as part of their protest.

The District Chief Executive of the South Tongu assembly, Emmanuel Luis Agamah has put a GHS10,000 bounty on the heads of perpetrators killing of an Assemblyman for the Sogakope South Electoral Area, Marcus Mawutor Adzahli.

Former President Jerry John Rawlings also announced a GHS25,000 reward for information leading to a break in the case.