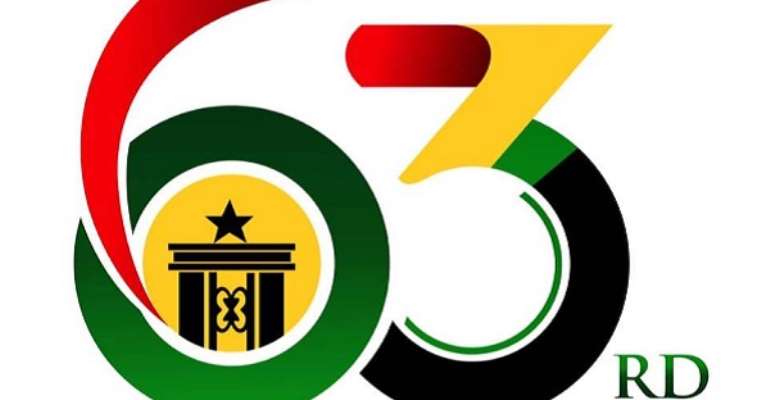 Are you not frightened that as a country, it is becoming increasingly evident that altruism and pride in public service are virtues that are in short supply?

On the occasion of Ghana @63, I remember the brave, honest and selfless: John Mensah Sarbah, Paa Grant, Ephraim Amu, Esther Ocloo, Leticia Obeng and a few others.

They placed nation and personal honour above wealth.

With thoughtless policies by succeeding governments that have left millions on the breadline, even the few pro-poor schemes left are being raped by people with champagne taste who take home not less than GH¢10,000 a month and whose first/business class ticket and per diem allowance for a one week overseas trip can feed a village.

Saving 50 per cent of their salary for a year or selling one, only one, 4x4 vehicle could have paid the tuition fees, bought the air ticket and secured handsome accommodation for Dr Mathew Opoku Prempeh and Adwoa Safo to enable them to pursue their dream courses anywhere on this planet.

Note the course which the man also known as Napo took the scholarship to pursue: Senior Executive in National and International Security.

For the three week course, the state paid a total of USD24,000 including USD12,000 living allowance! The state spent USD29,804.00 on Adwoa Safo to study at Harvard Kennedy School.

I grant that at the time of the scholarship awards, the new Patriotic Party was not in power.

But that is besides the point.
What earthly reason could have been advanced to justify approving this course for an MP, whose duties since then, have had nothing, and may never have anything, to do with state security?

I expect the National Democratic Congress Okudzeto Ablakwa to come out to deny links to a Mercy Ablakwa who, according to media reports, applied for and obtained USD33,400 to pursue, of all the courses in the world, BSc Nursing!

I know a nurse who took a loan from a bank to pursue that course at the University of Ghana. Since she would not be granted study leave, with or without pay, she arranged with her “in charge” to ensure that in all the four years that the course lasted, she was permanently on night shift.

That was the only way she could continue to earn a salary and for the salary to be paid directly to the bank to effect the deductions. For four years, she survived on the surplus food left unconsumed by patients in her ward.

She did not apply to Scholarships Secretariat or GETFund because she knew, as everybody in Ghana knows, that she stood no chance at all, in a country where applications on the letterhead of the Parliament of Ghana, or the letterhead of an MP, were priority.

This is Robin Hood in reverse: robbing the poor to pay the rich. Forget about all the talk about course relevance for the MPs. The two schemes were set up with the needy in mind.

Dear reader, I can assure you that Ghana has not always been like this. I will name John Mensah Sarbah, the lawyer.

A nationalist to the core, his love for country and personal philanthropy led him, with a few others, to work toward establishment of Mfantsipim School on April 3, 1905.

Sarbah did not rest there. He set up a scholarship scheme at the school to pay the fees of needy youths.

Whenever the school could not afford teachers’ salaries, Sarbah paid them. His aim was to ensure that all children, no matter their tribe or financial status, would receive education.

Thus did it happen that 69 years later, in Ghana’s Second Republic, while Dr K. A. Busia, from Wenchi in the Brong Ahafo Region, was the Prime Minister, the Opposition (Minority) Leader in Parliament was Dr G.K. Agama from Agave in the Volta Region.

Both were educated at Mfantsipim.
When the British colonial government introduced the Crown Lands Bill of 1896 and the Lands bill of 1897 at the Legislative Council, the Aborigines Rights Protection Society was founded to fight the bills which, if passed, would have meant that the people of Gold Coast would have lost title to their lands and become mere settlers.

Sarbah was retained as counsel by the chiefs of the central and western provinces for a fee of 400 guineas to oppose the bills. Brilliant as his performance was at the Bar of the Legislative Council, his arguments were thrown out.

Principled as he was, Sarbah returned the retainer of 400 guineas paid him, saying that having failed to get the bills withdrawn, he felt he did not deserve the fees.

They should therefore consider that he did the case pro bono.