Get Life For Yourselves And Stop Taking Selfies With Politicians 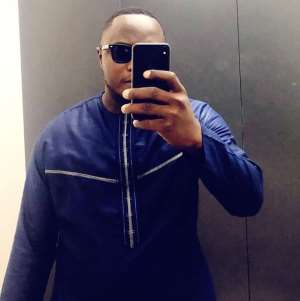 This is free advice to whom it may concern: I see a lot of NPP young boys and ladies making the mistake some NDC folks made -- Following so-called “big” men and women around taking pictures, selfies for social media, doing PR for them, occasionally receiving a small envelope here and there without any empowerment for themselves- no secured job, no educational upgrade, no opportunities- just following so-called big men and finding joy in being close to power or those with power. ...

Just following and finding contentment and fulfilling glory in the pictures you take with big men and women to share on social media for accolades, likes, and comments- creating an image of a “connected” “young party boy or girl” who in reality lacks the security of existence.

Ideally, I can look on, unconcerned and not prompt these young guys to wake up; after all, someone's life choices and its consequences should have nothing to do with me.

But that will be selfish of me.
Because I could have easily ended up like that too until I was prompted by someone who celebrated his birthday yesterday. He tuned my mind; he sat me down one day and gave me all the exit strategies a ”popular” student figure exiting University could explore and its consequences, and why I should not walk some road. Everyone who knew me made political calculations for me.

Had he not sat me down to change my thinking at many levels, I would probably have been there - there is a situation of absolute hopelessness- or near there too, short-sighted, frustrated and blaming everyone else but myself for my own life choices.

So what I am seeking to do, on this day with this post, is to pollinate that idea to others going astray at a top speed high on political tramadol mixed with footsoldier-ganja.

See, you can have a picture with all the cabinet ministers of the Akufo-Addo government and its most prominent CEOs, but if you are still unemployed, or without status in the ministry or agency you are hanging around, and your joy is in the occasional 500 cedis, 1000 cedis you are getting from the big man or woman once in a while, you are not thinking.

Your party will go to the opposition in 4 years, and if you're lucky 8; you will age and remain respected on social media as someone close to power but in reality, your life is a miserable pretense with nothing to show after years of loyalty to selfish politicians. Thank you.

More Feature Article
ModernGhana Links
Peter Dutton’s Defamation Defeat
Fixing The Country: Open Letter To President Nana Addo On The Need For 2 Years Economic Recovery Program - Part Three
What is Hon. Okudzeto Ablakwah saying?
Who says Ghanaians relished the flavour of peace from 2009 to 2016?
This Is Why You Should Never Ask A White Woman Her Age Or Her Phone Number When You First Meet Her
Reviewing the Free SHS Policy
Why Has Fighting in Ukraine Led to Food Emergencies in Africa?
The Sun: A blessing to all, but to some than others?
Nobody, No Political Party, No Group Of People Have The Right To Mortgage A Nation’s Future And Shared Destinies Beyond An Agreed Stated Number Of Years
TOP STORIES