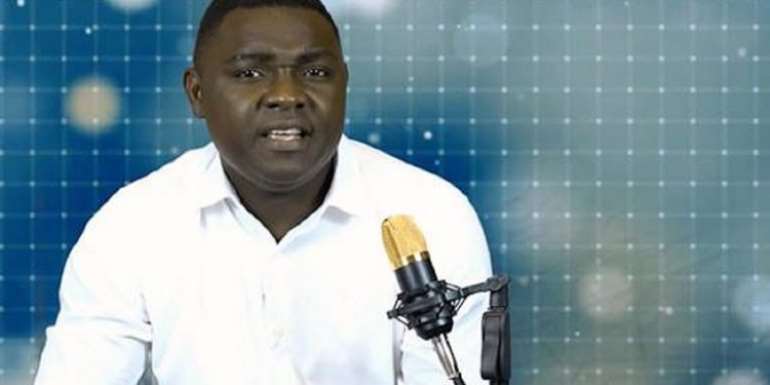 The Catholic Bishop Conference has been brutally attacked by Kevin Ekow Baidoo Taylor a Ghanaian US-based broadcast journalist on account of they saying that “they will campaign against any party including the NDC who refuses to sign the Anti-Vigilantism law” as requested by the president. Assuming they said what Kevin mentions in his speech, What was the right way to address such an issue?

Every Ghanaian has the freedom to express his opinion. Kevin too has that same freedom but this freedom lies in speaking rightly having in mind not to offend the other, for the other too has the right to dignity . Did Kevin offend the bishops of Ghana with other pastors in his speech? You may say yes depending on where you belong or your line of reasoning. Am I here to judge him? Definitely no! I’m here only to point out a few mistakes I have identified from his video.

But where he got it wrong was where he thought that bishops shouldn’t involve themselves in politics. Yes they must not on the one hand but on the other, they must, lest their shepherds suffer. You will know why the can speak on matters concerning politics if only you will exercise patience to read the next paragraph.

Are Priests exempted from politics? Or can they speak on matters which concerns the society regardless of which institution it may belong to? First, something should be made clear here. All human beings live in a society and as Aristotle says “man is a political animal.” Having noted that man is a political animal, the group which the priest is of no exemption, then the priest who happens to be a “man” has to speak even when it borders on politics. But since this man (“the priest”) is also a man of God, he is always careful not to take side. He mostly talks on issues that concerns the well-being of the people who also happen to be his flock anytime politicians are missing the point. Hence, the bishop has all right as a citizen and second an obligation as the shepherd of the flock to speak not to take side but to correct things be it political or religious.

There is no need for anyone to call him to apologize for all you know he might have regretted watching himself in the video and realizing that he missed his points. No one should insult him as I read from tweeter. Just wish that Ghana should work again and when it does , believe me, there would not be issues such as this to even get offended by someone’s comments. God bless our homeland Ghana. God bless us all.