Ghana Rakes In $378million From Raw Cashew Nuts Exports In 2018 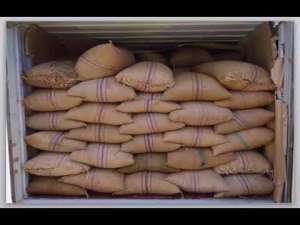 The amount represented 43 per cent of the total revenue obtained from non-traditional export commodities in the country.

The Director of Crop Services of the Ministry of Food and Agriculture (MoFA), Mr Seth Osei-Akoto, announced this at the opening of a one-week technical upscaling development training programme on cashew value chain promotion in Sunyani yesterday.

Seventy-two participants, made up of tutors from agriculture training institutions in Ghana are taking part in the training programme to ensure that they acquire the right knowledge in order to pass it on to potential trainees who enrol in their institutions.

The training was organised by Competitive Cashew Initiative (GIZ/ComCashew), a non-governmental organisation, in collaboration with the Ghana Skills Development Initiative (GSDI), with support from the MoFA.

Challenges
Addressing the participants, Mr Osei-Akoto said there were challenges bedevilling the cashew sub-sector in most producing countries, including Ghana, where production levels were still low between 200 to 400 kilogrammes per hectare as compared to the potential yield of 1,500 to 2,000 kilograms per hectare in Asia and other continents.

Mr Osei-Akoto explained that under the flagship programme, Planting for Food and Jobs, the government had supported the development and distribution of about five million improved planting seedlings to farmers this year.

Mr Osei-Akoto commended ComCashew and its partners for the investment in the capacity building of actors with the cashew sub-sector and gave assurance that the ministry would continue to collaborate and support such initiatives.

Authority Act
He said it was gratifying that the government had passed the Tree Crop Development Authority Act (Act 1010) that sought to develop and regulate the cashew sub-sector to enable it to contribute to the economic transformation of the country.

In a speech read on her behalf, the Bono Regional Minister, Mrs Evelyn Ama Kumi-Richardson, observed that as a region with the highest production in cashew, the government's Planting for Export and Rural Development programme had been very beneficial to its farmers.

She stated that cashew processing companies in the region had invested in adding value not only to the cashew kennels but also the apple and called on partners in the cashew sub-sector to support and encourage more processing of the commodity in the region.

Capacity building
For her part, the Finance and Administration Manager of ComCashew, Mrs Juliana Ofori-Karikari, explained that the main objective of her organisation was to increase the competitiveness of production and processing of cashew in Africa.

Mrs Ofori-Karikari observed that Ghana had become a place of expertise in cashew throughout West Africa and said that had become possible through the efforts of MoFA, supported by stakeholders such as GIZ/ComCashew.

Touching on the objective of the training, Mr Leonard Dogbey of the Ghana Skills Development Initiative stated that there was the need to equip facilitators such as tutors of agriculture educational institutions with the standard skills to enable them to impart their knowledge to their potential trainees to enhance job creation and employment opportunities.

Galamsey: We have to win the fight to protect our heritage -...
46 minutes ago