To The Minister Of Education, Hon Mathew Opoku Prempeh (NAPO) 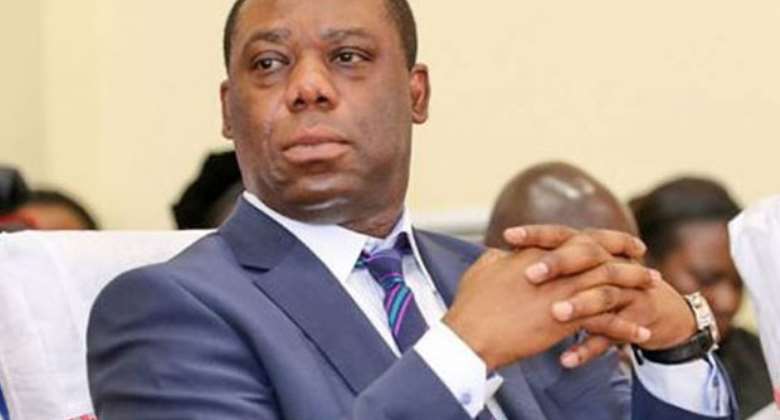 I want to first and foremost apologize to the good people of Manhyia South Constituency for this attempt of mine to discuss their MP. It is not their fault that their MP has grown into a Minister with that level of notoriety in government today. You people only voted for him as an MP but never appointed him as a Minister.

The first time I heard his name as the minister-designate for education, I shrugged, but I still wanted to give him the benefit of the doubt. His arrogance and pride are inbuilt and are always on his face, on his tongue, his body language and even the way he walks. Such a hard-headed, arrogant and reckless person doesn’t fit to manage such a sensitive ministry. Well, maybe his stake in this government is so critical that he can’t be touched just like Kennedy Agyapong.

Mr Minister of Education, I, Issifu Seidu Kudus Gbeadese is one of the pioneers of the Diploma in Basic Education program. The results I sent to this school was the same results I used for my Bachelors Degree in KNUST. In fact, I sat for same program with your spokesperson, Ekow Vincent, in KNUST. I can also say same for many other colleagues of mine.

I have a friend by name Hardi Adam, this guy gained an unsolicited admission into KNUST after our completion. He opted to go to BATCO same year with me and finally became a teacher. If anybody deceived you that teachers who went/goes through training to become Diploma holders only got admitted with weak grades, then the person has done you a great disservice as a Minister. A cabinet Minister without basic information such as this is clear indication that the glaring challenges the sector is facing today is self-inflicted. People especially in my part of the world opt for training colleges for several reasons including but not limited to geography, limited access to tertiary institutions (universities, etc).

Do I blame Napo? I don’t think I shouldn’t , because his party foot soldiers who are even trainee teachers now will come out to defend him. In fact, the government and President will pretend they didn’t hear him make such reckless comments about Diploma teachers and teacher trainees. So he will call the bluff of all of us once his boss, the President sees nothing wrong with his public commentary over the period that he’s being in the Ministry.

This is a Minister who opts to communicate public policy statements on private radio stations and not at any forum in the presence of key stakeholders in the education sub-sector for scrutiny and adoption. Today, part of the reasons why the FSHS policy is facing this hydra-headed challenges is because of the posture and the denial of Napo. In reality, parents are paying more than what they would have paid if secondary education were not free. This might not be the intention of government but if the minister denies the existence of such challenges and its ultimate effect on the system, there can’t be any better solution to them. He thinks he knows it all.

He has in the beginning of January 2019 indicated that the double track system will be stopped before the beginning of the new academic year in September same year. We are experiencing the worse form of it today with students having to spend 4 weeks in school and three months at home. Is that the best the minister can offer?

On the 7th of December 2019, he was quoted to have accused and insulted teacher unions of letting themselves to be used by the opposition NDC to cause disaffection for the Nana Addo led government. Three teacher unions; CCT, NAGRAT and GNAT were all accused of being in bed with the NDC, which was why they went on strike in demand of arrears that were due them.

This same Napo unilaterally went to purchase a new software for the Computerized School Selection and Placement System (CSSPS) which has been running a successful software for the past ten years. He and his newly recruited officials didn’t test-run the software for its potency before using it to place students in the 2019/2020 academic year. Again, he was running a parallel manual placement system for protocol admissions with the new system and this caused the link failure and the system jammed up.

In the midst of these self-inflicted challenges, a solution Centre was set up at the Black Star Square in Accra to do manual placement. When frustrated parents/guardians and their wards massed up at the Centre to secure placements when school had even reopened, there was a stampede where some 7 people including a pregnant woman collapsed. A livid Napo who should be apologizing and sympathizing with these frustrated Ghanaians rather went to Asempa FM where he usually announces his policy statements, and told the whole world that those collapsing were feigning their exhaustion. He went ahead to say that the NDC had paid those people some GHC 20 to stage their frustration just to cause anger and panic amongst Ghanaians. This is a Minister who’s put in charge and paid with our taxes to solve problems and he’s amongst the men Nana Addo said he has. God save Ghana!

A Minister who can’t produce a policy document to the very key policies and programs his ministry is adopting and executing can at least be forgiven for his reckless communication style. Today, local suppliers of foodstuffs to all Senior High Schools have been chased out of business because the supply of even milk to these schools has been centralized by this same Napo and his other colleague ministers in this government. School heads and administrators are gagged to a point that almost all of them have thrown their hands up in despair. The center (buffer stock) brings rice meanwhile the schools need tomatoes, but they are forced to take the rice just to save their jobs. What type of Minister is this?

I am angry if all Diploma teachers and teacher trainees ain’t.