Yaw Buaben Asamoah: A Lawyer, A Member Of Parliament Or A Noisy Propagandist? 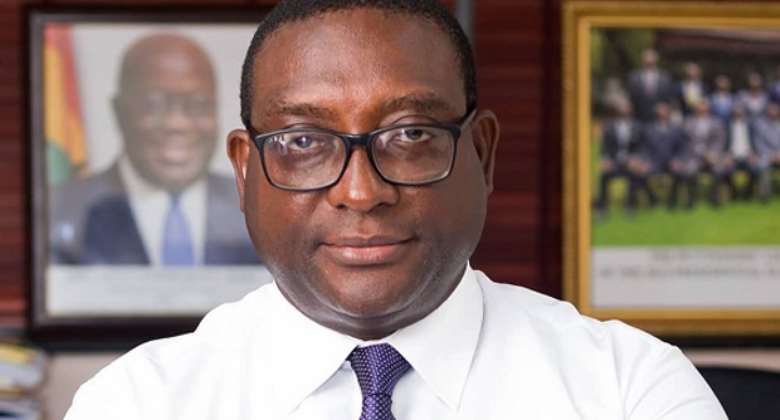 This is one village Kamara boy waving at you from the Ancient Mosque in Laribanga. Sir, I must first congratulate you for winning a seat in an urban constituency like Adenta and for your appointment as the National Communication’s Director of the NPP to face small Sammy Gyamfi in the battle of ideas. At least I know how it is to wade through this system to get elected as an MP and worse of all to be able to catch the eye of the NPP to appoint you to such a sensitive position to manage the propaganda machinery of the party. Congratulations sir!

I know it isn’t easy to gain admission into the law school and ultimately get to be called to serve in the bar. I respect Lawyers because it is not easy to use technical language to free an armed robber. So I respect you sir! Sir, the fact that you are called a Lawyer doesn’t mean you can engage in language manipulations, destroy people’s hard-earned reputations and think you can go unpunished. I know Ghana is an interesting country where stealers of roasted plantain are hurled to solitary confinement while stealers of heavy excavators are hailed to the seat of government. So, you feel the law is what you say it is once you are a lawyer in a government that can deny Gregory Afoko bail even after the courts have made two judgements in his favor. “Power can be tricky”...in the voice of President Kuffour.

Sir, I have followed your arguments both on the floor of Parliament and in the media, and I can say without doubt that you make very jaundice deductions, frivolous allegations, hollow arguments and very sad conclusions on issues. My first close encounter with you was when you were made one of the lead speakers on the issue of Ghana-US military deal which saw Ghana granting the US Military unfettered access to our radio spectrum and many other giveaways. Sir, your submissions and even your body language that day sounded like that of an ordinary street hawker who doesn’t know the basic standing orders of Parliament. One thing I’ve noticed about you is that, you enjoy the finite applauses mostly than the infinite inner satisfaction your truthfulness could bring to yourself. Well, I don’t know what principles you operate with as an NPP communication’s director but I should think that a Lawyer like you should be interested in setting standards and working with time-tested principles.

I was once told that if you wanted to be hailed and applauded in the NPP and possibly get a position then, you ought to always sound illogical and ruthless. I know your position is very critical in the NPP scheme of affairs, but don’t you think if they wanted to make any serious person out of you, given the work you did for the party in the 2012 Supreme Court Case, you would have been appointed to a position in government where you would deal directly with the law and policy other than a position where you would be seen churning out lies and speculations just to tarnish the image of President Mahama and your political opponents?

I am pained to see a Lawyer whose career is suppose to thrive on evidence beyond measure mostly descend so low to dabble in innuendos when serious matters are on the table for discussion. You think the NPP will ever make a serious person out of you? Between you and Kojo Oppong Nkrumah who is supposed to be respected to speak for government? If you want to guess your political future please watch closely to Bawumia Part 1 & 2. His part 1 which was full of propaganda and chest-beating has landed him a part 2 where he can’t even look the Ghanaian in the face and mention the cedi or the economy without adding digital. This must be a lesson to those of you who think using Mahama as your chewing stick is the easiest route to the heart of the Nana Addo the king.

So, the President swiftly wrote to the idling Martin Amidu to start work after the latter spent our GHC 28m out of the GHC 180m for doing nothing. His letter ordered the so called “Independent” Special Prosecutor to start investigating an inconclusive matter which I think is just but an audit query. The Lawyer, Yaw Buabeng Asamoah on the other hand was ordered by the same President to come out and prejudice the investigation by forcefully pulling John Mahama into the conversation. To him, it doesn’t matter the cost to the image of President Mahama once that might earn him a deputy ministerial appointment in Nana Addo’s God-forbid-second-term. So if the agenda of the government is to trace a long line to Mahama, Yaw Buabeng Asamoah’s job is to cut that line and illogically pull Mahama’s name into the mud at no cost.

I do know there is no absolute sincerity in politics and I also read from somewhere that in politics, foul is fair and fair is foul, but I think people must still be responsible in this game. Always throwing your left hand and peeping through your lenses in an attempt to intimidate people while telling a lie isn’t what makes you a great Lawyer. You can still throw in the few propaganda bits to spice up the conversation but to stretch it to the point of brutally marring the image of high profile personalities is reckless, irresponsible and a trait of a weakling.

The issue in context is one that can be seen by any serious minded person as a scribbled signature which doesn’t have meaning and can’t be pronounced too. How much does that affect the International image of Ghana which the Australian VISA fraud didn’t?

So, Airbus appointed it’s own agent and paid him/her some commission to engage governments and agencies in the sale and purchase of military hardwares in several countries including Ghana. Airbus didn’t have any direct engagement with any government official whether elected or appointed in the process according to the 32 page ruling. Even if it’s established that the said agent was Mahama’s brother, I want to know whether Mahama’s relatives are less of humans to Nana Addo’s relatives. Is it the case that because Mahama was President that should necessarily stop all his brothers from doing business even outside the country? So what license does Mr Bumpty Akuffo-Addo have to be traveling with President Nana Addo to negotiate alleged shady energy deals which President Mahama’s brothers don’t have? Or some are first class citizens in this country?

The deal for the acquisition of military hardware wasn’t cooked in anybody’s room. Cabinet sanctioned it, the Attorney General gave legal backing, the Ministry of Defence with technical support from the Military High Command gave their advice, the Ministry of Finance gave their value for money judgement, Parliament of Ghana approved it and Ghana finally entered into the said agreement. Is the ruling to made to incriminate Airbus for engaging in corruption or for Ghana for ever purchasing those Military Hardware? If the NPP’s Yaw Buabeng Asamoah has any information which is evidential enough to prove that the said agent was Mahama’s brother and that he was paid a commission in the form of bribe which materially influenced President Mahama, the Ministry of Defence and the Military High Command to shortchange Ghana and Ghanaians, please prepare your case and drag the man Mahama to court. He’s lost his privileges after December 31st, 2019 if you didn’t know.

I listened to Hon Dominic Nitiwul when he made similar arguments in Parliament when he was accused of inflating prices of the military hardware specifically some goggles. It was established that online sales agents had priced those goggles between $8 and $16, but Hon Nitiwul prepared agreement had $600 for the same item. When Hon Ayariga sought for clarification, the Minister said those equipment had their specifications and that it is only the officers who know the specific and approved ones to use and not those online materials. Should I say Hon Nitiwul stole from us?

If Hon Yaw Buabeng Asamoah and his NPP had this information that HE John Mahama was the one in reference in the said ruling, why waste our time referring the matter to the idling Special Prosecutor? Do you fear to drag Mahama to court to cough any amount Ghana lost in the process? Mind you, the Ghanaian is worried about the state of our water bodies as a result of state-sponsored-galamsey-activities. The small scale miners are worried that their excavators which were seized and given back to government officials and NPP National and Regional executives to go back to destroy our water bodies while enriching themselves and their families. We are still waiting for the President to issue a statement to that effect or even call for an investigation into the cause of the evaporation of the said excavators.

In all of this, I just wish I were President John Dramani Mahama, like I would have pressed the daring button and squeeze the idiocy out of some people who don’t understand gentle language but ruthless engagements. The humble and gentle nature of President John Dramani Mahama can only give me High Blood Pressure and not any motivation to be like him. So if you ask me, I would say Mr Yaw Buabeng Asamoah is just but a noisy propagandist whose legal jargons are mostly meant to save his face in the bar while Parliament is serving as a cover for him to engage in empty rhetorics. Get serious Mr! Pray to get to where President Mahama is today and leave a legacy for your children sir.

Joseph Yamin to clear weeds in all abandoned Mahama projects...
42 minutes ago