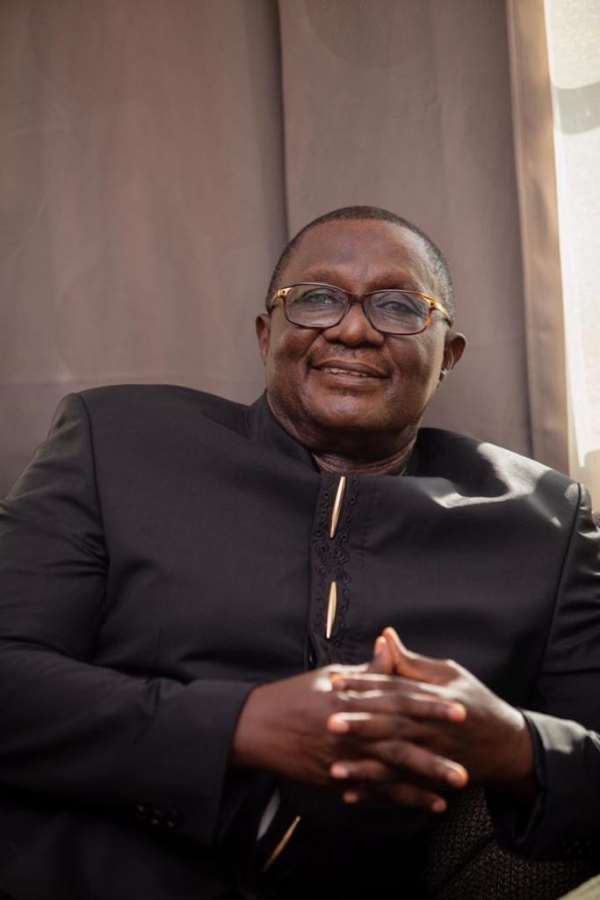 OUR elders say where you sit when you are old shows where you stood in youth.

Nii Armah Ashietey, who turned 70 on Tuesday, January 28, has served this country in many capacities and continues to be a trailblazer who inspires many.

As a unionist, legislator, minister of state, local government leader, businessman and employer there is without doubt that Hon, as he is affectionately called, is an icon of union, employer and the government.

In all of these sectors, Nii Armah Ashietey has maintained a high level of integrity and have long endeared himself to those who got into contact with him as an incorruptible individual.

Nii Armah Ashietey’s early school days began at the Osu Salem School where he was taken through the rigorous proverbial Presbyterian Training to instil in him discipline and Christian values. That training was the hallmark that formed his character and personality and shaped his conduct, attitude, behaviour and candour throughout life from Middle School through Secondary School to the University and thereafter.

After Secondary School, Nii Armah Ashietey attended the Kwame Nkrumah University of Science and Technology (KNUST) and completed in 1975. He immediately proceeded to work with the Ghana Merchant Navy Officers Association (GMNOA) in Tema as the General Secretary for 17 years.

During his time at GMNOA, he took advantage of the association’s affiliation with the International Transport Workers Federation (ITF) of London and together with his membership of the (ITF) committees, namely the Fair Practices Committee, the Maritime Policy Committee and the lLO/IMO joint committees on Maritime Training, advertised Ghana to the world as an emerging maritime country with pool of competent qualified hardworking friendly and English speaking Seafarers.

Nii’s representation on these committees was for both Ghana and Africa.

As the General Secretary of GMNOA, Nii Armah Ashietey persuaded the Ethiopian Shipping Lines to bring their cadets and upgraders to Ghana for training under the south-south cooperation. It was through that strategic intervention that many Ethiopian cadets and upgraders were subsequently trained at the Regional Maritime University at Nungua in the Greater Accra Region. This constituted a huge source of foreign exchange to the university.

Hon. was also instrumental in getting the government of Ghana to adopt the UNCTAD Liner code of 40-40-20 which was the formula for the sharing of Cargo among national flag ships and cross traders.

Nii’s tenure as the General Secretary of (GMNOA) was most successful with many who worked close to him attesting to the fact that it was one of the finest in the history of the Association.

However, in 1980 one unfortunate incident challenged his resolve as a leader. As the general secretary, when the members of the association embarked on an industrial action to demand for adjustment in their conditions of service and they were all sacked and replaced with foreigners (Filipinos), Nii did not abandon them but eventually worked for the Ghanaians to be brought back but at a high cost.

Nii also played an important role in the affairs of the Ghana Nautical College now the Regional Maritime University leading to the reorganisation of the college and eventual transformation into a Regional University.

During the same period, all the Transport Unions in Ghana including the GPRTU, Maritime and Dockworkers Union (MDU) National Union of Seamen (NUS), the General Transport Petroleum Chemical Workers Union (GTPCWU) and the Railway Workers Union under the Trade Union Congress (TUC) nominated him and was subsequently elected as President of the West African Transport Workers Federation (WATWF).

Nii Armah Ashietey later dived deep into private business when he left GMNOA to establish a recruitment agency called Ocerec in 1992. Ocerec’s focus at the time was to champion the recruitments of Ghanaian Seafarers to serve on Foreign Flagships including the Islamic Republic of Iran Shipping Lines (IRIS) and valfajre shipping line both of Iran, the Ethiopian Shipping Lines of Ethiopia, Pacific International Shipping Lines of Singapore and Danaos Shipping of Greece.

With Ocerec’s understanding of the industry, the Ghana Seafarers proved very competitive and worked so creditably that Ghanaian Seafarers are now in high demand on the International Maritime Labour Market. It was for the role Nii Armah Ashietey played in opening the gate for the employment of Ghanaian Seafarers on foreign vessels that the Manning Agents Association of Ghana (MAAG) elected him as the 15th President of the (MAAG).

He also served as a board member of the famous Black Star Line in Tema. It is instructive to note that the demise of the black star line and indeed the shipping lines in Africa was the result of the dismantling of the UNTACD Liner Code of 40-40-20 by the Developed Countries which saw the code as protectionist and against free trade. The African Shipping Lines obviously could not compete with those of the Developed Countries. Ethiopia government however resisted the scrapping of the code and upheld the position that their ships must carry their own cargoes. No doubt Ethiopian Shipping Lines have survived and thrived.

VENTURING INTO LAW AND FX BUSINESS
It was while working with the GMNOA that Nii Armah Ashietey seized the opportunity to attend the Ghana School of Law where he passed out in 1986 with a Bachelor of Law degree. He combined the Law practice for some time whilst still working with the (GMNOA) until 1992.

When Forex Bureaux were introduced in Ghana, Nii Armah Ashietey was among the few who ventured into the business in 1989 and established the Ashton Forex Bureau to buy and sell foreign currencies.

He was elected the first President of the Ghana Forex Bureau Association but his tenure however ended abruptly in 1993 following his appointment as the Municipal Chief Executive of the Tema Municipal Assembly in 1993 and marked the beginning of his political career.

LIFE IN POLITICS AND TRADITIONAL DUTIES
Nii’s political carrier began as the Chief Executive Officer of the Tema Municipal Assembly (TMA) in 1993 under the JJ Rawlings first term as a democratically elected President when Ghana returned to constitutional rule. Before he exited office in 2001, Nii Armah Ashietey was touted a fine leader in the history of the assembly. He motivated his team to work hard to develop the then Tema Municipality where he championed many projects especially in sanitation. Legend has it that he took on sanitation with both hands and made a great impact.

In Tema, Nii also pushed for the establishment of the Tema International Trade Centre (TITC/TEXPO) and insisted that the project should not be reduced to a food market after he left office in 2001.

It did not come to many as a surprise when in 2001, Nii was among the 17 former Chief Executives who were cleared of any malpractices.

Just before he entered party politics to run for parliament, he was nominated in 2006 by the king makers of Teshie and was later seized for conferment to go through the preliminary rituals to become the Chief of Teshie in the Ledzokuku Municipality. However, Nii managed to escape from confinement to truncate the rituals.

In 2008, Nii Armah Ashietey successfully ran for the Member of Parliament (MP) for the Klottey Korle Constituency; the King makers agreed to release him to pursue his political career and serve the nation.

Having won the election to become the MP for the Klottey Korle Constituency; he was appointed Minister for the Greater Accra Region until March 2012. He was later appointed the Minister for Employment and Labour Relations in 2013 to 2014.