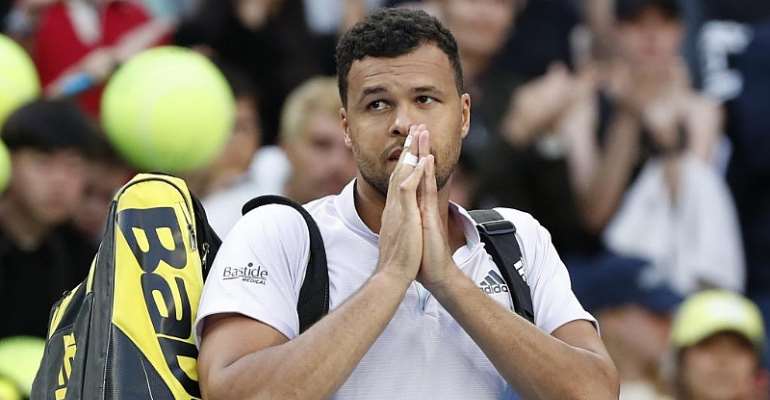 Former finalist Jo-Wilfried Tsonga pulled out of his first round match at the Australian Open on Tuesday with a back injury. The Frenchman, seeded 28th, had just lost the third set against the 96th ranked Australian Alexei Popyrin when he decided to quit.

Tsonga, who had taken anti-inflammatory injections and paracetemol before the match, told the courtside doctor that he felt twinges whenever he accelerated.

The 34-year-old reached the final in Melbourne in 2008. Novak Djokovic beat him to collect the first of his seven Australian Open crowns.

There were mixed fortunes for Tsonga's compatriots. Benoit Paire, the 21st seed moved into the second round following a five set battle with Cedrik-Marcel Stebe from Germany.

Paire, 30, said he had been hampered by a pain in his right thigh during the match.

Success
"The main thing is that I'm through to the next round," he added. "I just hope my thigh holds up. I felt good on the court and I want to do well here. To do that you need to be 100 per cent. I hope it's nothing serious."

On Saturday, 21-year-old Ugo Humbert became the first Frenchman to lift the Auckland Open title. Three days later the experienced Australian John Millman was too solid for him during their four set encounter.

Quentin Halys almost pulled off a shock. He lost the first two sets to the Serb Filip Krajinovic. But the world number 215 won the next two sets to force a decider.

Krajinovic claimed it 7-5 after nearly four hours of play.

Top seed Rafael Nadal advanced to the second round in half that time. The Spaniard barely broke sweat as he disposed of Hugo Dellien from Bolivia 6-2, 6-3, 6-0.