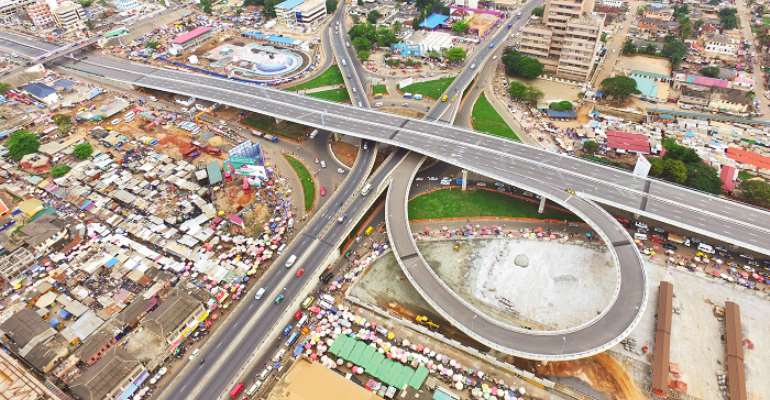 The highly anticipated 2020 fiscal year is now here with loads of optimism for all of us. For some of us in the financial space, we are expecting government with keen interest to fulfill the numerous promises especially with respect to infrastructural projects for which many belief could mitigate the liquidity crisis in the country.

The truth is government can enhance growth through efficient provision of public goods.However, the impact of government’s capital expenditure on economic growth has for many years continued to provoke series of economic controversies and debates among economic scholars in the public finance literature. Without any grain of exaggeration, infrastructure is a key economic growth driver. Its potentials are numerous; it serves as a catalyst for public development in the entire government agenda, such as healthcare delivery, transportation, education and food security among others. Infrastructure expenditure grows the economy because it affects most human endeavors in various fields of life such as production, construction, technology and procurements.

Whiles we were tickled by the Minister of Finance during his presentation of the 2020 budget last year that government intends to construct some roads and carry out other capital intensive projects, let me jog your memory with the fact that an increase in government spending is likely to cause a rise in aggregate demand. This could lead to higher growth in the short-term. It could also potentially lead to inflation. Let me also add that depending on the area of focus, an increase in government spending would tend to crowd out the private sector leading to no net increase in aggregate demand from switching from private sector spending to government sector spending.

Let’s face it. The previous administration credited itself for undertaking intensive and visible infrastructural projects. Which in my opinion is arguably true. But they were kicked out of office. Clearly, it is not “Circle-Dubai we go chop”. Mismanagement of public fund using special purpose projects to double project cost characterized their modus operandi. The larger society started asking for value for their taxes and this adversely affected their quest for a second term. Honestly, I am particularly excited this government is attempting to carry out some capital intensive projects but they must be guided by sound governance toward a business-like approach to spending. In my considered opinion, undertaking construction projects is not a guarantee for victory in 2020 elections per the antecedents at our disposal. If these planned projects are intended to divert state funds into the pocket of a few party stalwarts with less positive impact on the masses then they must be sure for a red card.

I therefore recommend that government should adequately monitor all spending in the economy to achieve the purposes for which the funds are released. Again, all the government projects and allocations should be well supervised to reduce the costs inflated by government officials and contractors.