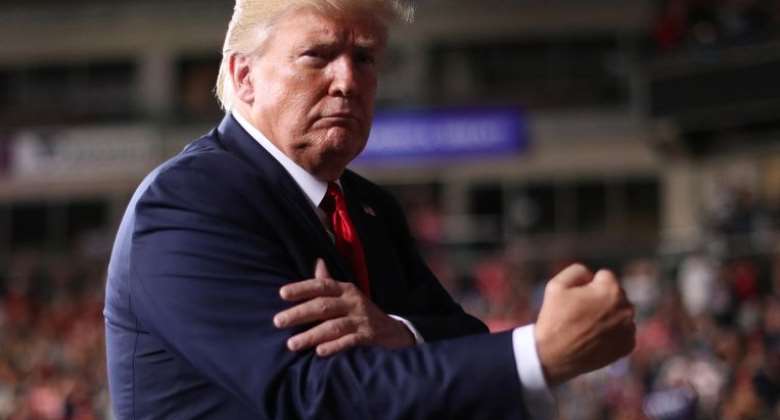 The political atmosphere in America at the moment is dense, to say the least. The Democrats started its witch-hunting on Trump, shortly after winning the elections, accusing him of abuse of power and preventing legal proceedings. The country is paralyzed and polarized like hell.

However, things change dramatically after Trump sacked the FBI director, James Comey. While many are calling for the impeachment of Donald Trump, after requesting the ex-FBI director to end investigating Flynn, the 'aggressiveness' of the FBI has increased shifting its attention to Jared Kushner, the president's son-in-law.

The FBI is special, that's how everyone sees it because it's an intelligence force focused on national security organization with both intelligence and law enforcement responsibilities. Another important task of the FBI is to protect the American people and uphold the United States Constitution. But how committed, devoted, sincere, and truthful is the FBI?

The African interference of FBI in foreign politics

From July 26, 1908, that the FBI was founded, the investigation bureau didn't only interfere in foreign politics but also assisted some governments to overthrow leaders occupying positions. For example, the CIA was responsible for the overthrow of the Ghanaian leader, Dr. Kwame Nkrumah, in the year 1966 and also played a role in the assassination of the newly elected leader of Congo, Patrice Lumumba on January 17, 1961.

In the political history of Africa, the continent has never been treated well by European and American leaders. After slavery, colonial aggression, and Apartheid, Africa hasn't any slight knowledge that the continent will be hit by many man-made diseases, including Aids and Ebola.

FBI precursor of civil war
The Democratic Republic of the Congo (DRC) has seen an increase in the number of reported cases of the deadly hemorrhagic virus Ebola linked to ongoing violence by armed groups targeting remote communities, the World Health Organization (WHO) said. But Ebola is a bioweapon and how active is the FBI in supporting some rebel groups?

This question alone reveals that the FBI officials are specially trained people and not anyone that could join the FBI. But the question Africans want to know is why the FBI, despite their immense knowledge and experience couldn't investigate that Aids, Ebola, Zika virus, etc, were all bio-weapons by the American government?

Frankly speaking, there is nothing the FBI can do or say for the world to believe that they don't know that those diseases were medical crimes or bio-weapons operated under the American government's global depopulation program. What they did was to assist and cover up those medical crimes in the name of God they trust.

This is the reason Africans have lost confidence in America's politics, the FBI and vaccines because they are nothing special but ordinary human beings capable of lying, covering up crimes, with hypocrisy tendencies like most men.

Africa leaders used to be green because they can't find their way out they depend on foreign leaders, like Britain and America. However, as time passes they have realized the damage and destruction Europe and America have caused in the continent.

African leaders should cultivate the courage to keep away far from these people because the continent has something that they don't have. That is the precious mineral resources that can sustain the continent. Hate and jealousy drove Britain and America to destroy oil-rich Iraq and Libya, the same plan they had and still have to destroy the African continent because of its precious minerals.

Their jealousness increased when African leaders started collaborating with China because they felt dumped. That is necessary even though the Chinese are not angels too. Since Africa can't afford the cost of America's projects, the leaders should continue working with China and keep far away from European and American leaders. The Chinese are not responsible for Aids and Ebola in Africa.

Africans have been brainwashed that they can do anything positive and developmental themselves. That's wrong. Africa can do it if China has done it. We have been angry with African leaders a lot and have criticized them a lot. We, therefore, wrote this article to encourage them.

Joseph Yamin to clear weeds in all abandoned Mahama projects...
57 minutes ago