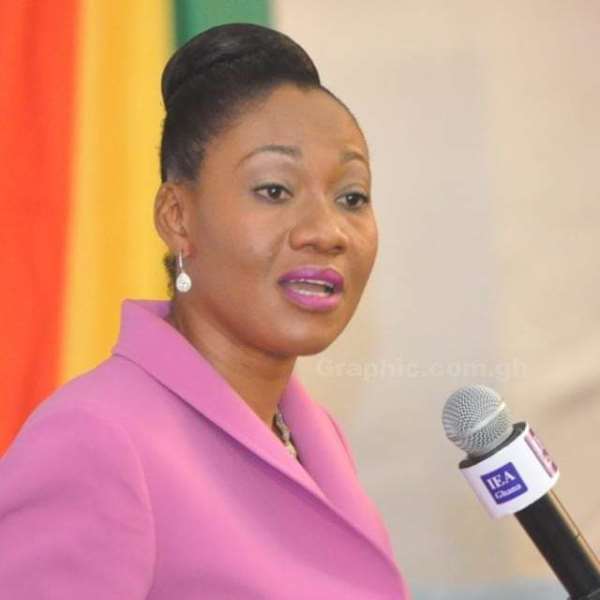 Madam Jean Mansa, please accept the kindest and warmest greetings of a patriotic young man from Sakogu in the North East region. It is on the subject of national interest that I do write this article to draw your attention to the failure of your Officer, the Presiding Officer of GUANGBIAN Electoral Area, to declare the winner of the said electoral area in the just ended 17 December, 2019 District Assembly Elections in the North East region.

Madam, I wish to bring to your attention that there was a lot of violence and electoral misconduct at the said electoral area. Agents of Konlanbik were chased away and beaten. As I talk to you, madam, one of them who opposed the inclusion of the rejected votes to guarantee the winning of Laar Yaro has been threatened by opponents. Even though he was performing his civic rights as a citizen, not a spectator, by ensuring that the dictates of the constitution are upheld. Yesterday, this gentleman, was summoned at his village chief’s palace and told that he caused the non declaration in his favour( the unqualified, or undeserved). He told me he has to relocate for the sake of his life.

Madam Jean, until this my notice, may I harmless ask, “have you been officially notified on the developments following the aftermath of the Bunkpurugu District Assembly Elections?” If in deed you have been informed, can you please educate my good readers on the steps you have taken so far to help address the issue, almost a week down the lane? If you are not, are you sure that a competent administration is at work? If you have not been briefed, I will like to inform the readers of this article and your very self what happened at GUANGBIAN that led to non declaration of the ultimate winner. Madam Jean, at the close of polls on 17 December, 2019, the results of the electoral area in question were as followed.

Fuether, a number of rejected votes were further recorded. Among the rejected votes, two were not validated with the EC stamp. However, the votes were voted in favour of Yaro, bringing his total votes to 299 against Konlanbik 298. This made it difficult for the presiding officer to declare who the winner is. Now, from this, in electoral laws, is it accepted to consider votes which have not been duly stamped as valid in favour of someone? This is the matter that has led to Laar Yaro and his supporters threatening deadly at Konlanbik’s life, and that of his supporters. This is not only undermining the democracy of this country but rather creating a feeling of insecurity and fear in a district which is known to be a conflict prone area. In fact, it is a criminal act that ought to be criminally dealt with by the law enforcement agencies of this country. I therefore call on the EC, madam Jean Mansah, to immediately expedite action in order to bring justice to the good people of GUANGBIAN electoral area and not just justice for David Dindiok Konlanbik.

Madam Jean, though I am not an expert in law nor a student of law but my modest reading of the constitution especially the article concerning electoral violence and misconduct and the training I have received over the years from EC district officials during general elections warrant me the opportunity to express my views with regards to the non declaration of results of GUANGBIAN electoral area in the Bunkpurugu district of the North East region.

Thank you!
I am a CITIZEN, not a spectator!
Yenik Gariba
Concerned Citizen
North East region
0243054204
[email protected]