We Knew Dolt Weah And His Political Yoyos Would Have Been An Utter Disaster: Resistance Is The Only Corrective! 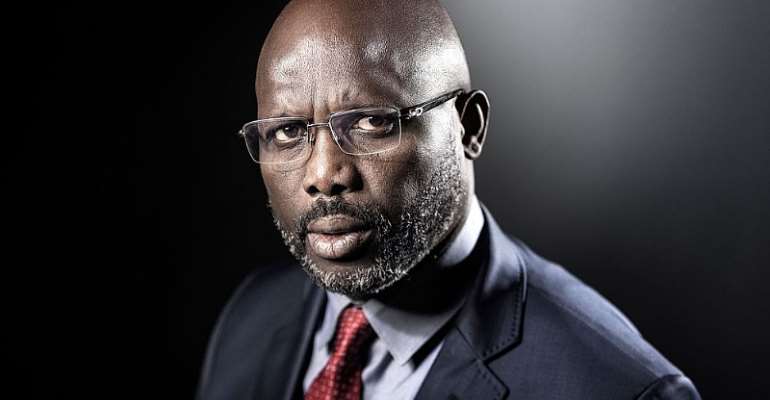 What is happening in Liberia is polarizing and the evaporation of illusion and the building of another one. The Weah government is a gory failure. His vulgar governance excesses and the clear reaction of the people is the rejection of that dangerous idea that a rogue’s gallery of underclass buffoons and cavorting charlatans would take over a backward country and workout a magical transformation. But the lid is out, and it has shattered the fantasy: it is an utter failure of the regime and the sharp polarization of the country in consequence of the heady socio-economic conundrum taking a beating on the exploited masses. This spike of revolutionary energy is a consequence of the regime lurched to primitive politics, the dismemberment of the country based on tribal revanchism, and the proclivity for systemic looting. They coincide with the building of consciousness by the forces of social justice against the trashy contraption, which parades itself as a government.

Weah and his collection of goons are not just spent, irrational, and insipid and complete rogues. They are the worst lot of awful cheats and charlatans running a state battered by years of wars which must shake itself off the stasis and shoot for the apex of social transformation. And this regime would terminally hurt the country as already we have seen with stubborn regularity the upending of the society, the destruction of values, while the enthronement of vices, wholesale plunder as the mainstream ideas and the plank on which the government operates.

Ellen Johnson Sirleaf, Amara Konneh, Jerome Kokoyah and all members of her cabal are responsible for this disaster. They put us in this mess. It is nothing short of utter contempt that these people who orchestrated this farce of democracy to impose a dangerous illiterate on the Liberian masses because that would satisfy their political agenda and prevent any attempt to investigate their kleptocratic stewardship. Nothing occurs to them in the last election than concocting this scheme with democratic pretence to save their skins, control the puppet from the back, and push another member of the cabal to assume leadership after the tenure of the country rogue who parades himself as the country giant.

Another group who also put us in this calamity are elements who thought it was a matter of transplanting his brilliant soccer performance from the soccer pitch to the political realm, so they became iron stubborn against the pieces of evidence of Weah’s vulgar social life, his inability to generate idea and make a generalization, his utterly shambolic performance both as a peace ambassador and senator, and his indiscipline and unsuitability for anything which requires critical thinking. They voted him in a second post, and they did it twice, until EJS and her cabal completed the task.

But we are in this mess together, and we must confront this nightmare to its death. No ifs, no buts, no contradictions, but the time for struggle and resistance to settle the impasse is now. The time for delay is over. Forces of social justice and everyone who wants a new Liberia must throw themselves into active resistance. To not act against the rogue regime is to endorse its actions by default. With the breakneck speed, Weah and his thugs are pushing the country into; we cannot afford to sit back and watch the destruction of the republic. Nowhere in the history of progressive humanity have patriots sat indifferent when the soul of the republic is being battered.

To maintain power, they bend the regime on doing everything illegal. They announced the first salvo and where they would drag the country when they slaughtered Matthew Innis, orchestrated the deaths of Adolph Lawrence and our dear Comrade Dabbah Myers, the beating and harassment of peaceful citizens during the by-election in district 13 & 15, the arrest of student leaders and activists and the hollowing out of students politics at the University of Liberia. Their targets are now social activists, critical journalists, and any person who offers a decent critique of the regime. Deaths squads are sprouting up like seeds undergoing germination on a fertile soil. But it is not only these people who will fall victims to the jackboot of this kakistocracy. The whole society would suffer the nightmare if we play possum and not resist. Black fascism inspires Weah and his men: their motto is if we cannot buy them with money, co-opt them in our ranks through material seduction and as the contradictions keep crescendoing, we must send them to the grave.

The fallout would be far terrible if we sit down or if some of our friends refused to withdraw their support from this criminal enterprise. Elements who continue to provide an uncritical defence of the government with all the political sclerosis, they are not only on the wrong side of history but in this period where we should cohere forces to marshal collective resistance, we must treat them with isolation.

Struggle or perish—there is no third way.
Shamefully, while the people are crying their lungs out, establishment politicians and political opportunists from mainstream parties are concocting a deal with the regime, or condemning any radical posture by the people under the veneer of “protecting the peace”. The question we ask those ladies and gentlemen is what peace are you protecting? The peace for Weah to massed his wealth while the people live on the brink of extinction. But political betrayers always show their true colours during moments of crisis. If these neoliberal politicos cannot stand with the people now, when will they ever do so? Suffice it to mean men who cannot cast their lot with the people in periods of needs are not elements who would use the reins of power to deliver radical transformation. But history has a way of exposing pretenders — we have seen how the so-called opposition elements have shown their true colours by spitting in the faces of the people who want a way out of the situation. These men who condemn a marginalized and suffering people and form an alliance with the regime to stop any radical actions don’t deserve to lead the state.

The masses of our people who are standing up to this national pariah, we extend our solidarity to you. The masses refused and are making themselves heard. But popular forces in the country must build the power of the working people and the ordinary masses to fight for redemption and transformation.

Our eyes must open now. We must cling to the best traditions of the progressives and all forces who have fought for building a just and equal society. They may have succeeded in some ways, but we have not resolved the question of economic dignity, and now is the time to resurrect it on our agenda. People who have not got economic dignity are people living outside of history. We must fight for radical progressive change and a root-and-branch transformation of society. We must defeat Weah and his men and also the political opportunists who now present themselves as liberators if we must pass this stage of stasis, inertia and sclerosis in our country.

Kiadii lives in Accra, and you can contact him via [email protected]