I Have Regretted For Being An MP-Oduro Boahen 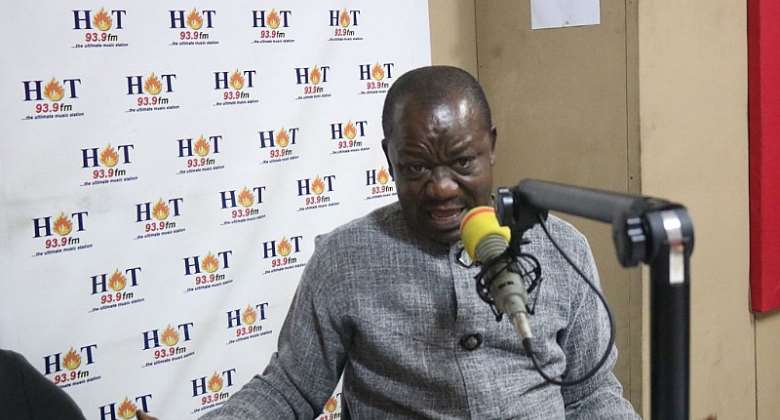 Member Of Parliament for New Edubiase Constituency, Ashanti Region on the ticket of the New Patriotic Party, Hon. George Boahen Oduro has made a staggering revelation that he regrets being a Member of Parliament.

“I have regretted more than 100 percent for being a Member of Parliament—the title honourable is the only good thing about it”.he admitted to a question during an interview with Kwabena Owusu , host of ‘Dwene ho bio’ on Accra-based Hot 93.9FM.

According to Mr. Oduro who is also the deputy minister of food and agriculture, a public servant who receives monthly salary of GHC1,800 or GHC2,000 can live a better life than a member of Parliament (MP)

“The input and output in being an MP doesn’t tally at all..If the input is hundred thousand, the output is just about three hundred and sixty thousand…Excuse me to say that a teacher, a mason or a public servant who receives monthly salary of GHS1,800 or GHC2,000 can live better than an MP”.he told Kwabena Owusu

To the chagrin of listeners, the deputy food and agriculture minister prophesied that ,”I’m not a pastor but the next ten to fifteen years, being an MP wouldn’t be attractive anymore…no businessman would become an MP…I know someone who resigned from United Nations and used his $200K benefit to become an MP but has now regretted; he weeps anytime he speaks”.

Kindly watch the interview in the video below!