Christianity Is Not A Religion 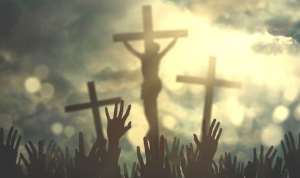 The issue about Christianity not being a religion has been mind-boggling and emotionally draining since this subject has been one of the taboo topics in the world. Research shows that there are over 4,300 religions worldwide. Men wake up every day with new ideas to find God and so they create sects and get it registered and approved by Registrar General Department and then have some helpless loyalist as followers and finally gain accreditation by society. Religion they say is the opium of the masses, religion is man’s refusal to acknowledge the existence of God ruling in the affairs of men. Religion is a product of man’s pride. Religion is the frustration of man in search for God which resulted in the formation of a sect. Religion is man in search for his creator without the assistance from the creator. Religion is a function of man’s confusion. Christianity is not one of these.

Man was wallowing in confusion as adumbrated in “Act 17:16- 26” where Paul addressed the Epicurean and the stoic philosophers who mounted an image of worship with the inscription: “TO THE INVISIBLE GOD’’ with the aim of contacting God like we do in our days; people carry stone and pour schnapps on it and claim they are praying to God, others slaughter innocent children and believe it’s a sacrifice to God, men pick cements produced by Dangote and make it strong then pray to it and if you ask him “ what are you doing?” he replies “ I am praying to God”, many also creates a sects on their own and call it any name and some don’t even believe there is God at all. Paul saw the confusion they experienced in trying to know God with a strong philosophical defense barricading their ignorance and so showed them the way to God (read the story in Act 17).

In sanctification, religions are based on the works done by humans; which means a person following a religious belief is considered holy when he or she has complied the series of actions that must be done to attain holiness. On the other hand, Christianity is based on someone’s faith in what Jesus Christ has done 2000 years ago. That means doing anything outside Christ is zero multiply by infinity, the answer is still zero.

In leadership, religious leaders are usually elected for leadership by men through the things that they have done and achieved. They learn from seminaries and years of experience and these are usually the bases of their promotion in the religion. Christian leaders, on one hand, are chosen by God himself.

Talking about doctrines, the groundwork of religious teachings are from the guidance and instructions of their founders. These teachings are passed on from generation to generation and often written in books. Christian teachings are based on the knowledge and wisdom of God revealed to His apostles who wrote those revelations down in Scriptures now called The Holy Bible.

In conclusion, regarding SALVATION OF MAN, religions usually consider their founders as their Savior. These founders are mere men who are now laying in their graves with no hope of returning back to life despite their arrogant confession of returning back after been swallowed by the gate of hell. When these founders were alive, they taught their followers about rituals that could make them sanctified. On the other hand the Savior of the Christians is Jesus Christ the Son of God who came as an expressed image of God. No other religious founder can do what Jesus has done. Jesus made certain audacious statement that validates his authority as God and savior, statement like “I and My Father are one, you can do nothing without Me, I am the way the truth and the life and no man can see the father except by me”. No religious leader born or yet to be born has ever/can ever make such a statement. These and many other things set Him apart. The template of salvation and deliverance on earth and in the heavens is Jesus Christ.

Christianity is the decision of God coming down to reveal himself to man. It is the very expression of the love of God through Jesus Christ. Christianity is the ONLY means of fellowship between man and God. If you want to worship God you don’t come through any religion or a religious leader, you come through Jesus Christ. Jesus Christ is the ONLY accredited image that God recommends to man. Any religious leader that claims to be the way to God is fraud and a deception and will consequently face the wrath of God. It is people’s pride that make them die in their ignorance and refused to accept truth. Christianity is not a religion.

I end with a quote from Act 4:11-12 “Jesus Christ is the stone you builders rejected, which has become the cornerstone. Salvation is found in no one else, for there is no other name under heaven given to mankind by which we must be saved.” Jesus Christ is God’s only accredited conduit for men to be saved. Get to know him today and save your soul and those around you.

PRAYER: Lord Jesus! I surrender my life unto you, come into my heart and life