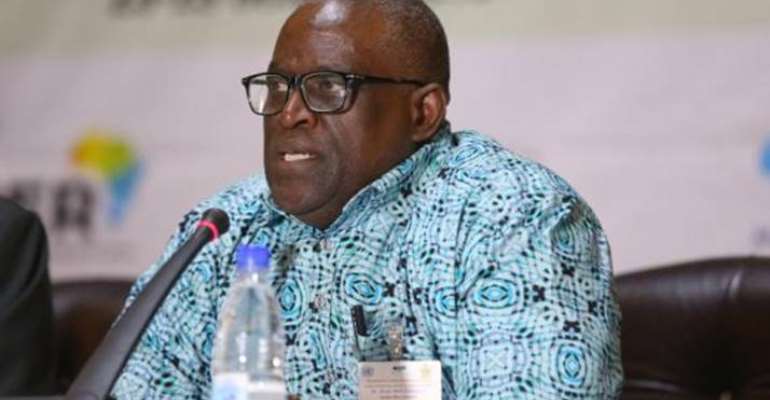 Harare, Zimbabwe, October 23, 2019 (ECA) – Over US$4 billion is needed to help Malawi, Mozambique and Zimbabwe recover from the devastating effects of Cyclones Idai that hit the three southern African nations earlier this year.

Speaking at a planning workshop for climate resilient investment in reconstruction and development in the cyclone affected regions of Malawi, Mozambique and Zimbabwe, representatives from the three countries said they had not been able to attract enough financial support to rebuild lives and fast track early recovery, rehabilitation and reconstruction after Cyclones Idai and Kenneth.

“We thought we were going to raise more money when we launched our appeal,” said Nadia Adriao, representing Mozambique at the workshop. “But we did not. Nevertheless, progress is being made with what is available so far though much remains to be done.”

Malawi’s Fyaupi Mwafongo said the country has developed a 5-year plan to address effects of the 2019 floods.

“Recurrent and severe disasters in Malawi underscore the need for new thinking and approaches to recovery and resilience-building,” he said, adding the new way of working adopted during the response phase in the country emphasized increased coherence and synergy between humanitarian and development actors.

Ms. Meliqiniso Sibanda from Zimbabwe’s local government ministry said some internally displaced people in the regions affected by Cyclone Idai were still living in camps with her ministry still to review housing proposals meant for the area.

“The designs are there now but yet to reach us at head office. So we have not reviewed them to see if they are resilient enough,” she said, adding China had pledged to build roads in the area but engineers from the ministry were yet still to also review their designs before they can proceed.

Cyclone Idai and Kenneth hit Mozambique between March and April 2019, killing hundreds of people and leaving over 1.8 million homeless and without basic necessities and infrastructure. Cyclone Idai also caused significant flooding, damage and destruction of homes, resulting in numerous deaths in southern Malawi as well as in eastern Zimbabwe.

The Economic Commission for Africa (ECA) and its partners the Department for International Development (DFID) and the United Kingdom's Met Office, are convening the workshop for SADC to formulate actionable strategies for climate resilient reconstruction of infrastructure in the three countries post the devastating tropical Cyclone Idai and Kenneth.

The planning workshop for climate resilient investment in reconstruction and development in SADC Member States is informed by the three countries’ experiences following the two cyclones.

At the workshop, which is being held under the “building back better” approach, the countries shared first hand experiences of the impacts, lessons learnt and why they think they happened.

Participants were introduced to the types of climate information available to them as well as tools and methods for analyzing this information and its application in decision-making.

James Murombedzi, Chief of the African Climate Policy Center (ACPC) at the ECA, said the overall objective of the workshop was to initiate a series of initiatives to support the integration of climate information services and climate change considerations into resilience building in climate sensitive sectors of the economies of SADC.

A record 140 people attended the workshop Wednesday, including representatives from the three countries, other SADC countries, the SADC Climate Services Centre, Regional Economic Communities, regional and international partners, including the UN family.

A regional actionable programme document that enhances capacity and resilience in SADC member States against the impact of weather and climate risks and disasters is expected to be the main outcome of the workshop.