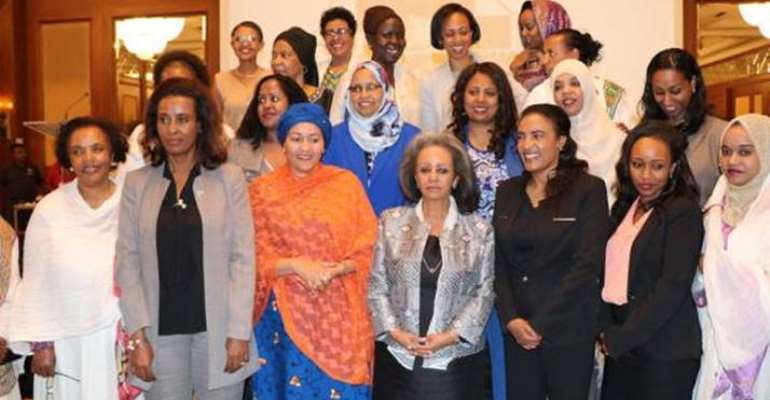 The Ethiopian Chapter of the African Women Leaders Network (AWLN) was launched Monday at an event attended by United Nations Deputy Secretary-General Amina J. Mohammed, President Sahle-Work Zewde and other high-level dignitaries from the UN system and African Union.

President Zewde said the launch of the chapter was a major milestone that will benefit all Ethiopian women and ensure their voice is better heard and their issues better addressed.

“We now have the Ethiopian Chapter of the AWLN which will contribute to ensuring there is financial inclusion in the country. It will empower rural women, mentor young women, and achieve gender equality. We have to achieve the Africa We Want, where women have the same economic, political and social rights as men,” she said.

President Zewde underscored that achieving gender equality calls for strong political will, which while can bring about miracles, would need to be sustained.

“On the continent we are still very far away from achieving gender parity. We must build on the positive strides that we are making today to achieve that,” she added.

Women, she said, should not be in competition with each other. “It should be about solidarity. We will gain more by coming together,” the President, who is an active member of the AWLN, said.

Ms. Mohammed congratulated Ethiopia for the Nobel Peace Prize announced this month which recognized Prime Minister Abiy Ahmed’s role not only in regional peacemaking but also in significantly increasing the influence of women in Ethiopian political and community life.

“Indeed, there is a direct relationship between increased women’s leadership and sustainable peace,” the Deputy Secretary-General said. She emphasized the importance of networking by women in leadership across sectors on the continent.

“Congratulations to Ethiopia on the launch of the Chapter. I am confident that this newest national chapter will generate greater technical and financial support for women’s leadership and the women’s movement in Ethiopia, building on the remarkable gains of the past few years. We are with you, behind you and at your side,” said Ms. Mohammed.

For her part, Ms. Bineta Diop, Special Envoy on Women, Peace and Security, said solidarity among women was important, especially now as women across the continent seek to be involved more in decision-making from grassroots level. “The AWLN is a global mover. This is about solidarity among women. That is why we are here today,” she said.

“An idea is only as good as the number of followers you have. We are here because you brought us together. Thank you very much for the idea and for showing us what leadership is,” said Ms. Songwe.

The AWLN aims to advance, train and support female leaders in Africa. The network is pushing for policies that empower and enable women on the continent across the political, economic and humanitarian fields to reach their full potential.