God Will Find You 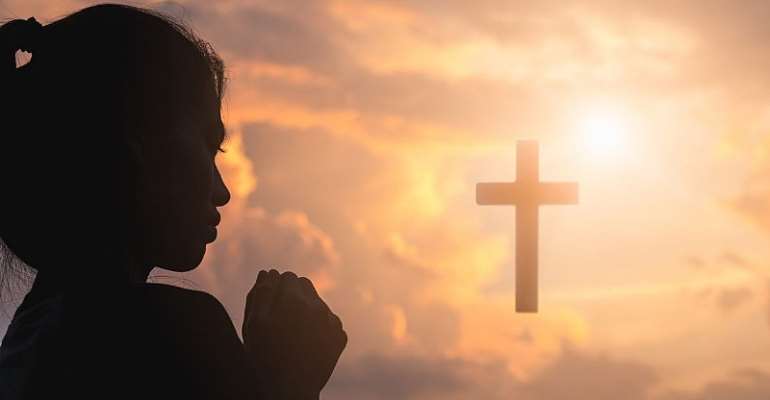 Many of us are restless. We struggle, jostle, sing, shout, and pray for God’s attention. My dear brothers and sisters, have faith in God, focus on Christ and his teachings, and God will find you.

Imagine that we are going to install a new King. All heirs to the throne who are interested in the kingship have so declared and presented their credentials to the kingmakers. On the day of the selection, the interested heirs are assembled to audition by parading themselves before the kingmakers. Lo and behold, the kingmakers refuse to endorse any of the heirs present despite the fact that some of them seem highly qualified. Instead, the kingmakers select an heir who has not declared his interest in the throne and is not even present to audition for the throne. What would the people say? You would hear strong opposition from the people and outbursts of words like, “awam,” rigged, sham, unfair, unjust, bribery, corruption, cheating, and protest etc.

Yet, that was almost how a young man called David was anointed by the Prophet Samuel to become the King of Israel. God found David. God will find you.

As recorded in 1 Samuel Chapter 16, God told the Prophet Samuel to go to Bethlehem, to the house of Jesse, and anoint one of his sons as the next king of Israel because He had rejected King Saul. Jesse had eight sons. He brought seven of them to Samuel to be consecrated in preparation for sacrifice to the Lord that was to take place. It was also on that occasion that Samuel was going to anoint the next king of Israel. Samuel initially chose one of them, but God quickly rejected that choice. The others passed one by one in front of Samuel, but the chosen one was not among them. Samuel then asked Jesse whether those seven were all the sons he had. Jesse responded that there was the youngest son, but he was trending the sheep. Samuel told Jesse to send for him, and when David arrived, the Lord told Samuel to anoint him as the next King of Israel, and Samuel did so.

In rejecting Samuel’s initial choice, the Lord made a profound statement that would be helpful to us today in our decision-making process. The Lord said, “Do not consider his appearance or his height, for I have rejected him. The Lord does not look at the things man looks at. Man looks at the outward appearance, but the Lord looks at the heart.” (1 Samuel 16:7 NIV).

It seems that Jesse, too, was looking at appearance, perhaps, including age and experience, when he made the decision to leave David behind and thereby exclude him from auditioning for the kingship. In his father’s eyes, David was good at tending the sheep, but not good enough to be king; he was not considered a king material. David was the youngest, but in God’s eyes he was certainly not the least or the last among his brothers. David was left behind, but the eyes of the Almighty God followed him to the field and among the sheep. David did not know that his experience as a shepherd of sheep was preparing him to become a shepherd of the people of Israel. This is good news for all “left behinds” who have been passed over for promotion, excluded from important assignments or the A Team, denied a position of leadership, or looked down upon by others within their families. Do not lose hope; God will find you at the right time.

From the outward appearance, the people who contribute large sums of money to the Church may be held in a higher esteem than those who contribute their widow’s mite. We need to be concerned about whether God will accept anyone’s contribution, offering, or sacrifice in the first place. Remember that the Lord did not look with favor on Cain and his offering to Him, but looked with favor on Abel and his offering to Him (Genesis Chapter 4).

Similarly, from the outward appearance, the people who sing or pray the loudest may be considered as getting God’s attention better than those who sing the same song or offer the same prayer silently from their hearts. You do not have to advertise or promote yourself, or audition for God’s attention. God will find us wherever we are and meet each one of us at the points of our needs.

God found Jonah in the belly of a fish underneath the sea and rescued him (Jonah Chapter 2); God found Daniel in the den of lions and protected him (Daniel Chapter 6); God found Mordecai, who sat at the gate of King Xerxes, snatched him out of death that had been plotted by Haman, and honored him. (Esther Chapter 6); and Jesus found Zacchaeus, a notorious chief tax collector, hiding on top of a sycamore tree, dined with him, and proclaimed salvation unto his household (Luke 19:1-10).

Then, there was Hagar, the pregnant Egyptian maidservant who was running away from her mistress Sarai. God found her near a spring in the desert and asked her to go back to her mistress. She did so and became the mother of Ishmael, Abraham’s first born son (Genesis 16:7-16). Interestingly, it is in connection with Hagar that we first find in the Bible the expression, “the angel of the Lord,” as in, “The angel of the Lord found Hagar near a spring in the desert.” Thus, Hagar was probably the first person recorded in the Bible to have physically seen and carried out live conversation with an angel of the Lord (not in a vision) (Genesis 16:7-14). God works in mysterious ways. The God of Israel actually sent His angel down to earth to chat with an Egyptian maidservant! God can find and pick a person from the bottom or tail and place him or her on top.

In fact, God’s watchful eyes see us everywhere we go, no matter how wayward we become. If we thought we were hiding, we would be hiding in plain sight of the Almighty God. None of us, at any time, falls outside of God’s radar. God sees all of us all the time, and when He manifests Himself to us in a special way, it appears to us that He has found us. It is all about timing and our ability to wait on the Lord. For God who said, “… I will have mercy on whom I will have mercy, and I will have compassion on whom I will have compassion” (Exodus 33:19; Romans 9:15 NIV), will show mercy and compassion upon you at His own time and for His own purpose. Just hang in there, God will find you.

Therefore, do not stress yourself too much, for example, by moving from Church to Church or from pastor to pastor seeking a miracle or God’s special attention. Focus on our Lord and Savior Jesus Christ and his teachings, and you will grow in God’s grace. The transformation you will see in your life by the grace and power of God, will be your miracle and testimony. However, if you are not a member of any Church or if you strongly believe that you need to change your Church, you are invited to join this life-long Methodist as a member of a Methodist Church near you. In any case, God will find you.