The death penalty in Ghana 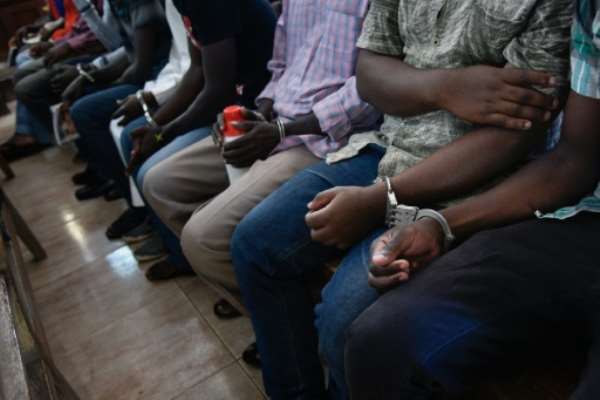 The death penalty is form of capital punishment instituted by the constitution/law which requires that certain crimes, as dictated by the law is, is punished by death. In Ghana, certain crimes are punishable by death, and in response to this law, judges in Ghana continue to sentence people to death, as they religiously follow the dictates of the law as provided.

Since 1993, Ghana has been practicing a system similar to what we can call “abolitionists” in practice. But as we have stated, the domestic criminal law is still retained as capital punishment, which is mandatory for some crimes.

A person who intentionally causes death by unlawful harm “shall be liable to suffer death.”

Genocide is punished by death. Genocide includes the following acts committed with the intent of destroying in whole or in part a national, ethnic, racial or religious group: killing or causing serious mental or bodily harm to members of the group, inflicting conditions intended to destroy the group, imposing measures to end births in the group, or forcibly transferring children from that group to another group.

Ghana has not executed anyone since 1993, and the number of death-eligible crimes has decreased in recent years (since at least 2003, robbery offenses are no longer punishable by death).

Although courts in Ghana continue to pronounce death sentences, in practice death row inmates reportedly have their death sentences commuted to life imprisonment after they have served at least 10 years on death row. It is not clear, however, whether this practice has consistently been followed.

At all four UN General Assembly votes on a universal moratorium on executions, Ghana abstained from voting.

The president of Ghana from 2001 to 2009, John Kufuor, was affectionately termed the “good giant of Africa” for his abolitionist stance and frequent usage of the presidential prerogative of mercy to commute death sentences to life imprisonment or granting amnesty to prisoners.

In 2003, he commuted the sentences of 179 prisoners who had served at least 10 years on death row. In honor of Ghana’s 50th anniversary of independence (May 2007), he commuted 36 death sentences to life imprisonment.

In January 2009, just as Ghana was transitioning to a new government, at least 500 prisoners were pardoned (not all of whom were necessarily on death row). “All prisoners sentenced to death had their terms commuted to life and anyone on death row who has already served 10 years would have their sentence reduced to 20 years,” Deputy Information Minister Frank Agyekum said

In December 2011, the Constitution Review Commission published a report in which it recommended that the death penalty be abolished in the new constitution and replaced with life without parole.

Among the reasons it cited for its recommendation were the irreversible consequences of executing wrongfully-convicted individuals, the failure of the death penalty as a deterrent, the barbaric nature of the punishment, the fact that executions to not necessarily provide closure to victims’ families, the arbitrariness of the punishment, the dehumanizing effect of executions, and the need to focus instead on rehabilitation.

Moreover, the Commission noted that current international opinion was in favor of abolition.

In a White Paper published in June 2012, the Government accepted the Commission’s recommendation that the death penalty be abolished.

In October 2015, the Accra Centre for Criminology and Criminal Justice published a survey of public opinion on capital punishment in a broad cross-section of the capital’s residents.

From the survey, it is clear that majority of Ghanaians are against the death penalty and this is why the government of Ghana needs to act swiftly in the implementation of the constitutional review commissions report and its acceptance through the white paper it released in acceptance of these recommendations.

SIX REASONS WHY GHANA SHOULD ABOLISH THE DEATH PENALTY

ABOLITIONIST DE FACTO
According to death penalty worldwide, and according to what Ghana practices at the moment and sine 1993 as discussed, no one who has been sentenced to death has been executed. This means that the law which requires people to be killed in Ghana is not being enforced. If this law has become redundant as it is, then it means that Ghana must take measures to remove it from its books since it is serving a rather, forfeiting purpose

According to the research conducted by Accra Centre for Criminology and Criminal Justice, there is a general support from the public that the death penalty should be abolished. Based on this public support for the abolishment of the death penalty, it will be in the right direction if the government moves to remove the law from the books of Ghana.

KILLING INNOCENT PEOPLE
Key among the arguments which support the abolishment of the death penalty is the issue of the killing of innocent people who may have been convicted for the wrong reasons. Due to the complex nature of crimes which lead to a conviction of people for the death penalty, it is usually very easy for people to be wrongly convicted and killed. Based on this likely error in punishment administration, it will be in the nation’s best interest, and in the interest of society if the law is replaced with other forms of punishment.

Another important argument to raise in defense of why the death penalty should be abolished is the fact that killing people in an attempt to deter others from committing the same crime does not in any way achieve that purpose.

RIGHT TO LIFE AS A UNIVERSAL HUMAN RIGHT
The universal declaration of human rights guarantees the right to life of all citizens in all member countries of which Ghana is part. This provision enjoins Ghana to respect the right to life of all citizens irrespective of what crime they have committed. This provision also means that the state has no obligation to kill its citizens but rather, to protect them.

Since Ghana is a member of the United Nations, it is obliged to respect this general international provision.

CONCLUSION
As it has been demonstrated from the various instances above, it is clear that the death penalty law in the books of Ghana has out lived its usefulness in our contemporary dispensation.