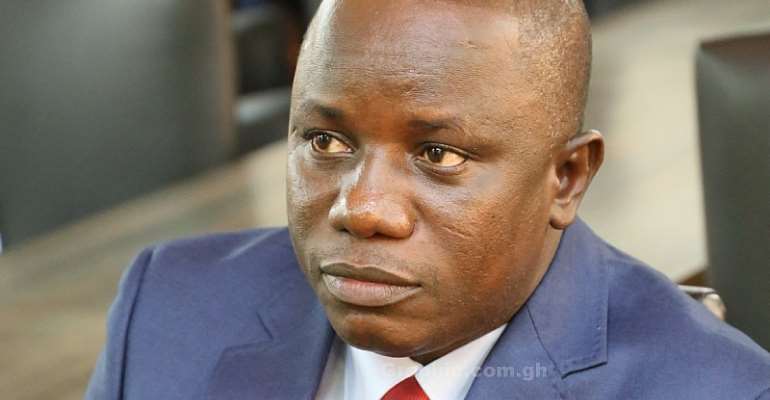 This portal can confirm that Hon Nitiwul Bingab Aduna Dominic will go unopposed in the NPP primaries in the Bimbila constituency.

Alhassan Lukuman also known as Aluqus who had indicated his intention to contest the Bimbila legislator has abandoned that dream for now and chose to pursue further studies in Germany.

The NPP in the constituency told this portal in an interview that they will want Hon Nitiwul to go unopposed to show their total confidence in him in view of his sterling performance in Parliament and also the tremendous development he has brought to the constituency.

The Bimbila constituency is one of the oldest constituencies in Ghana. It was first represented in the Parliament of Ghana by Dr Mohammed Ibn Chambas from 1993 to 1996.

George Mpaabi of the PNC won the seat in the 1996 elections after beating Dr Mohammed Ibn Chambas of the NDC.

Dr Chambas recaptured the seat in the December 2000 elections for the NDC but resigned in 2002 to take up an international appointment.

It was after the resignation of Dr Chambas in 2002, that Dominic Nitiwul first won the seat for the NPP during a bye-election. He was aged 25 years then.

Hon Nitiwul was however beaten by Hon Mohammed Ibn Abass of the NDC for the seat in election 2004.

However, Dominic Nitiwul recaptured the seat again from the NDC in the 2008 Parliamentary elections and has since kept it for the NPP.

The NPP retained the seat in the 2016 elections. Hon Dominic pulled 29, 827 votes to beat Dr Joseph Kwabena Mamboah-Rockson of the NDC who obtained 17, 918 of the votes.

The dynamics in the Bimbila elections will be dicey and complicated in election 2020.

Chieftancy and tribal undertones will play a key role in the elections and the various aspirants will have to take note of these dynamics.

This portal will profile the various Candidates of the various political parties in the Bimbila constituency soon.