ICH Is Up And Running – NCA Boss 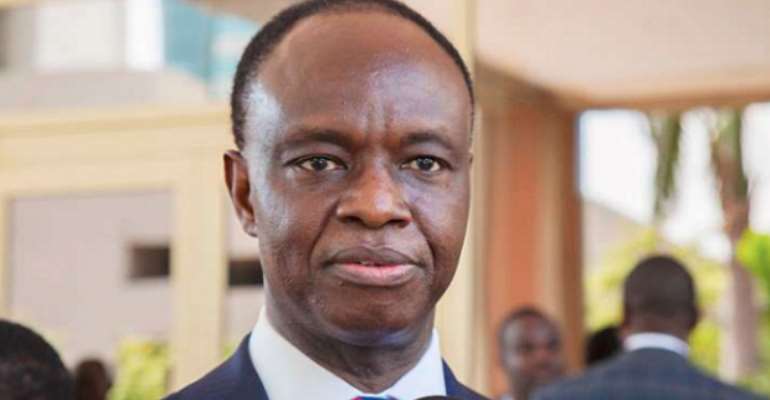 The Director-General of National Communications Authority (NCA), Joe Anokye has said that the Interconnect Clearinghouse (ICH) for the telecom industry is now up and running.

Speaking to journalists at the Ministry of Communications’ meet-the-press session, he noted that currently all mobile network operators have connected to the ICH, and the ICH is now up and running.

According to him, the ICH is not yet fully operational because it has only one data centre in Accra, and it is expected to carry at least 40 per cent of interconnect traffic in the country by the end of December this year.

“I know the ICH operator [Afriwave Telecoms Ghana] is building another data centre in Kumasi and when that is done, they will be ready to eventually carry all interconnect traffic in the country,” he said.

Joe Anokye added that all International Wholesale Carrier Licensees (IWCLs) are also connected to the ICH to ensure that all inbound international traffic goes through the ICH before terminating on the intended network.

The international inbound traffic routed through ICH by IWCLs to MTN for the period accounted for 77.29% of the total traffic; while traffic to Vodafone was 11.79%, AirtelTigo lines got 10.73% of international traffic and 0.18% terminated on Glo Mobile network.

Background
It would be recalled that in 2016, Parliament passed the Electronic Communication (Amendment) Bill, 2016 into law to mandate all telecom operators and international wholesale carrier licensees to

channel interconnect traffic through the ICH.
This followed a competitive bid in 2014, in which Afriwave went head to head with four other companies and won the US$1.5 million license in 2015 to run the ICH plus several other deliverables, including fighting SIM Box fraud and revenue assurance among other things.

But the license was amended in 2017 by NCA with the objective of making the ICH service provider to concentrate on its core mandate of providing interconnect clearinghouse services.

Benefits
The core mandate of the ICH is to enable the routing of interconnect services (traffic) through a mutual platform and the benefits include; reduction in capital expenditure (CAPEX) and operational expenditure (OPEX) of the telcos in setting up and maintaining peer-to-peer interconnect systems.

The ICH will also enhance interconnect cashflow, improve liquidity within the interconnect regime and save cost for new entrants into the telecom space, with respect to connecting to existing players.

Another key benefit of the ICH is ensuring the enforcement of the interconnect services regulations by the NCA; make it easy for the implementation of policies as well as initiatives that require centralized and independent point of interconnection into the telecommunication ecosystem.

It proposes to, in the future, bring onboard even Value Added Services Providers in the telecom ecosystem and others to make it easy for them to access all telecom networks at one connection point.

In connection with the government’s digital agenda, the ICH, which is also known as Telehouse in international circles, promises to be a clearing house of several players in the telecom and digital space, allowing government to easily connect the necessary data for tax as well as policy planning purposes.

Meanwhile, Afriwave Telecom has signed an agreement and also concluded plans with its technical solution partner, Huawei for the rollout of its second data center in Kumasi.

The company said, “when this is completed, it is expected that the ICH will carry all the national interconnect traffic leading to the abolition of peer-to-peer interconnection regime among MNOs in Ghana.”