The Plastic Ban Debacle: Let’s Be Realistic Than Sensational 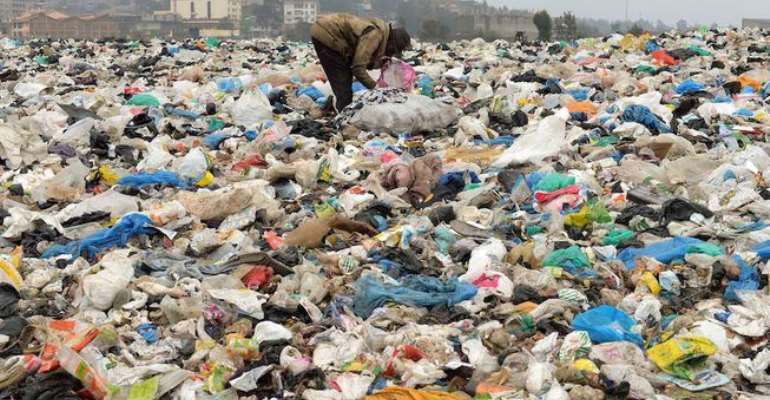 It is estimated that over 8.3 billion tonnes of plastics have been produced over the past 70 years, and 8 million tonnes are dumped in the ocean annually. Modern trends in the consumption patterns and changing economic structures have led to a drastic increase in the generation and use of plastics waste across the globe. Most of the plastic waste generated across the West Africa sub-region is in the form of low-density polythene (LDPE), commonly known as polythene films, high-density polyethylene (HDPE) and others such as polypropylene, polystyrene, polyvinyl chloride (PET). Plastics have engulfed the environment to the point that it is in the water we drink, much of the food we eat and even the air we breathe.

Globally, plastics are both a public good and a threat as well. They are versatile, lightweight, flexible, moisture-resistant, strong, and relatively inexpensive. Those are the attractive qualities that lead us to such a voracious appetite and over-consumption of plastic goods. Plastics are durable and are used in the production of so many products. However, they degrade very slowly and become waste with a high staying power. Our tremendous attraction to plastics, coupled with an undeniable behavioural propensity of increasing over-consumption, discarding, littering and thus polluting, has become a serious environmental paradox. In Ghana, most products are packaged in polyethylene which forms about 70 per cent of the plastic waste in the municipal solid waste stream. Additionally, over 10,000 metric tonnes of finished plastic products are imported annually into Ghana. Typically, one would find customers asking for more polythene bag, and the seller would also beckon them on. When the cost of these packaging bags become expensive, the sellers would package with caution and customers would do likewise.

We are a country that preaches what is right but do the vice. Sometimes, I wonder how the same Ghanaians do not litter in well planned developed countries, yet under no provocation, will pollute our environment back home. I agree that the system is not as structured as the developed world, yet the level of indiscipline and irresponsibility on the use and disposal of plastics in Ghana leaves much to be desired. Moreover, where there is no alternative, abuse is inevitable. You cannot tell me, “do not urinate here”, and yet there is no place to ease myself. The number of bins on our roads and public places are very few and sometimes nonexistent. As a result, the only option left is to litter. In the case whereby more taxes are added on rubber or plastic products or pay for the use of polythene bags for packaging, we would reconsider our inordinate taste to use one or more. We cannot continue to be paying lip service to what will be difficult to change. Instead, we need to develop appropriate coping strategies for reducing or avoiding plastic use. Disposal is a major problem and when it is done, how to sort or segregate plastics in most of the landfill sites is a big challenge. The end product must inure many benefits such as the 4R options for “recycle, reduce, reuse and rethink.” Most importantly, it must be a resource for which could serve the bags, building blocks, boats and furniture industries.

The convenience and easy-to-go nature of plastics make even the regulator powerless to enforce a total ban of usage. Invariably, plastics used in the medical field, such as gloves, infusions and other materials, may be almost impossible to replace in the sector. Hence, we may have to deal with the ones that are easily replaceable in our social engagements, such as those used for polythene bags, bottled and sachet water. We also need to innovate and go back to the use of the “kooko” bowls for porridgeand green leaves for ourwaakye’ respectively, instead of the polythene bags. Further, can we limit their use? For instance, can we use calabash, paper cups and avoid plastic straws for our drinks? What of baskets to markets and lunch bowls for food? How about reusing bottles as we formerly did? Sometimes, the number of plastics people load for a single item to the extent that even recharge cards are put in polythene bags; “I can’t think far!”

I have a friend, “Fragramin Trading Company” who deals in the delivery of disposable paper cups. This approach should be encouraged by government support through the provision of tax incentives. Promoting biodegradable products would absorb the drinking part of plastic usages, such as straws and other materials. To think people would lose their jobs cannot be scientific enough, as it would also encourage other non-plastic products to innovate and thrive.

Moreover, we need to reduce plastic use and promote reuse and while pushing the rest as a resource for recycling and not as waste. Plastic waste must be so needed to create wealth such that none would wish it pollutes the environment, but would rather scramble to pick it anytime it is found littered. “Plastic for cash” must be the way to go; we must pay for it because it would be valuable at recycling or reuse. More so, the use of plastics for fuel production is welcoming and requires necessary policies to promote it.

For now, the best bet as a country is for us to do a partial ban, place more taxes on some plastic products and ensure polythene bags at supermarkets or for commercial purposes or packaging are paid for. We must recycle these plastic products, reduce use and make wealth out of it. Let us rethink of a total ban, eschew sensationalism and be real.