CSE Not An Excuse For Gay Bashing ― It Is Undemocratic 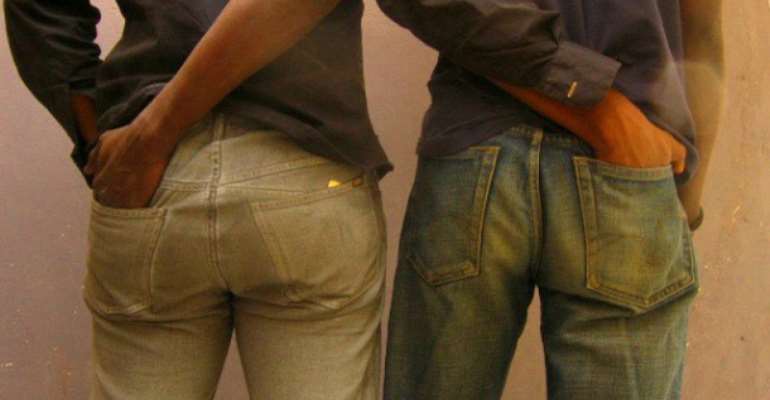 On 6th October 2019, whilst attending church service at St Cyprian Anglican Church, Kumasi- President Nana Addo Dankwa Akufo – Addo declared “I am a Christian and this(CSE) certainly is against my Christian values.” I have no doubt the President was sincere in his acclamation, however I found the link between the introduction of CSE into our curriculum and Christian values a bit tenuous. We are all aware of the sharp divisions that has occurred in our country over the proposed guidelines on Comprehensive Sexuality Education(CSE) which has eventually being dropped by the Government.

What is the CSE?

I do not intend to discuss the contents of the CSE as the President of the Republic have already stated that it will not be part of the curriculum. My concerns are about the tone of the debate which was neatly summed up by the Minority Leader in Parliament “The minority would resist any move to introduce the CSE, which he believed was a subtle move to introduce children to lesbian, gay, bisexual and transgender (LGBT) lifestyles.

It is ironic and sad that the debate on the benefits or disbenefits of the CSE moved away from teaching children at a young age sex education to gay bashing. Some commentators even described the supposed contents of CSE as unholy, unbiblical, un-African, abnormal and filthy.

The hate, and venom that was spewed out by the “hang them high” populace of Ghana was a total and utter disgrace. It reminded me of the writings of the British imperialist Rudyard Kipling. In his poem “The White Man’s Burden”, Mr Kipling used words such as ‘half-devil and half child’ to refer to the conquered black people on the Philippine Islands.

Mr Kipling was wrong in his description of black people equally my country folks are wrong to use emotional, uncharitable, unchristian and unIslamic words to describe homosexuals.

What is my Beef?

Why am I bothered? Readers may ask- are you homosexual? What is your beef? The simple answer is first, there is no law on our statues which requires me to reveal my sexual orientation. Second, as a Ghanaian, I have every right to express my views on topics bothering on national identity and cohesiveness. Pastor Niemoeller, a victim of the Nazi Holocaust got it right when he said:

Many readers will be fully aware that until the mid-1960s legal barriers prevented blacks and other racial minorities in the United States from entering many jobs and educational institutions. President John F. Kennedy (JFK) was the first President to use the term affirmative action. It was used by President John F. Kennedy in a 1961 executive order designed to encourage contractors on projects financed with federal funds to racially integrate their workforces.

Kennedy's executive order declared that federal contractors should 'take affirmative action to ensure that applicants are employed, and employees are treated during their employment, without regard to race, creed, colour or national origin.' JFK was right to promote affirmative action. Discrimination on any grounds is evil, unchristian and morally wrong. Prejudice and discrimination must be opposed by all progressive democrats. The short story of Mr Bicks from Alabama illustrates the folly of prejudice and discrimination.

Mr Tony Bicks served in the US army during the Second World War in Alabama. He was fighting the Nazis to ensure that his children and grand children and all Americans both black and white would inherit a free world-a world free of prejudice, hate and bigotry.

One night Mr Bicks went to a military bar in Alabama to buy a pint of lager and was told he cannot be served because of his colour. The “bitterest pint” of all was that, there were German prisoners of war being served beer. What was Mr. Bicks crime? He was black.

Role of Religion in Gay- Bashing

Maybe, our African brothers and sisters need reminding of a very basic simple truth- Majority of Europeans at the time of the slave trade perceived and genuinely believed that our ancestors were “primitive and sub- human people” and were only fit to be enslaved.

Some prominent preachers at the time quoted the scriptures to justify their actions. Ironically, the wealth of many churches was accumulated on the sweat of black slave labour. I am neither a theologian nor a fundamentalist Christian evangelical soul. I am just a mere mortal, an ordinary Christian who passionately believes in the compassionate nature of our Lord Jesus Christ.

Whereas, religion cannot be blamed for all the ills of society, there is empirical and strong anecdotal evidence to prove that religion in general has a strong effect on people having gay- negative attitudes. There are particular features in Christian and Muslim, theology, institutions and practices that foster anti- homosexual beliefs and actions including gay bashing.

Ghanaians cannot afford to gamble with the dangerous notion of “moral equivalence” by whisking evil away and claiming, in effect the majority of Ghanaians are on the bandwagon so we must as well get on it. No, we must stand up and be counted.

As a Ghanaian, I was brought up with the same cultural values as all the gay bashers. I am also fully aware that the majority of Ghanaians have strong religious beliefs buttressed by a cultural identity that disapproves of homosexuality. For example, my late grandmother never believed that it existed- Bless Her Soul

I have no issue with the teaching of Islam or the Church or any individual disagreeing and disapproving with the sexual orientation of homosexuals on religious, cultural and moral grounds. The problem arises when “democratic disagreements” turns into stigmatisation and downright prejudicial acts.

My worry is, in a democratic nation citizen must be free to go about their daily business without religious bigots entering the democratic space. Nigeria is in danger of being torn apart by religious zealots who are hell bent on implementing sharia law. See how the beliefs and actions of Boko Haram has turned the North East of Nigeria into a famine zone. (An oil producing country/Member of OPEC)

Our Responsibility and Duty

As individuals, we must have a substantial change in attitudes and the church in particular must start preaching tolerance, forgiveness and compassion. The church must take a lead in stopping the stigmatisation of homosexuality and learn to use “Christian language and terminology” in their description of homosexuals. In the end, “no one is without sin”.

Second, young people must be taught to effectively tackle issues of homophobic and address prejudicial attitudes and discrimination.

Third, the Government must enact a law that makes incitement to hatred and discrimination on all grounds illegal and a criminal act. It must pass progressive legislation that protects the rights of lesbians and gay people and that decriminalise homosexuality.

Fourth, the Press must act as the fourth estate. It must not publish speeches and statements that are clearly prejudicial, discriminatory, and offensive and which may lead to hate crimes.

Fifth, we must stop hiding behind this phantom umbrella of “African-identity” to create havoc and mayhem among the homosexual community in Africa. There is nothing unique or African, about gay-bashing.

I am African and fully support the democratic rights of homosexuals. Africans including religious leaders have no monopoly over moral issues- far from it.

Ghana and Africa must Re-Focus.

Finally, I wish all of us would join hands with all progressive elements in society to work hard to create a society that is free of prejudice, hate and discrimination.

God Bless the next generation of Africans and help them to be more compassionate.

More Article
ModernGhana Links
GhQR; The Game Changer
The 'privacy by design' approach for mobile apps: why it's not enough
More Nigerian banks are using chatbots to serve customers, but with mixed results
Military not a magic bullet: South Africa needs to do more for long term peace
Holding Grudges Against Dr. Owusu Afriyie Akoto Will Not Make You Strong But Extremely Bitter; The Minister Is On Course
2024 Presidential Election: Alan Kyerematen’s Golden Advantage over the NDC
No sisterhood here
Former President Kufuor writes: Africa’s smallholder farmers are the linchpin to economic success
Francis Xavier Sosu writes: LGBTQ bill; when the dust settles, reason shall prevail over emotions
TOP STORIES