Much Ado about CSE 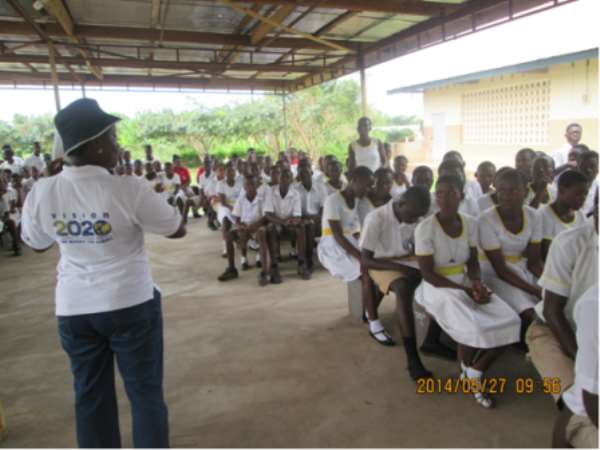 I have been following closely the current debate on the Comprehensive Sexuality Education (CSE) and will like to share my thoughts and ask some pertinent questions which I hope the general public, stakeholders and the Ministry of Education/GES can either answer or clarify.

It is true that the Ministry and by inference the GES has been considering the CSE for sometime now, and this started with the NDC administration headed by President Mahama. It is also true that the UNESCO in asking for the implementation of the CSE, stated that each individual country should take into account that country's culture and traditional norms as well as age relevance in implementing it.

We are told that the Minister of Education in line with the process already put in place by his predecessors announced in February this year that the CSE was going to be included in the curriculum reforms which was rolled out last month. Some critics of the program quote this announcement and government's mention of same in the 2019 budget as proof that the CSE in its entirety as suggested in the broad outline by UNESCO and PPF was implemented in September 2019. The problem I have here is that those who use this as their line of argument did not produce any document provided by the Minister in his earlier statement suggesting the scope of the CSE program to be implemented, but all we hear is that because the Honurable minister mentioned that earlier means that the entirety of the UNESCO document is being implemented, therefore anything he said quite recently is contrradictory.

Granted that the minister stated that the new curricilum will include CSE, what we are not told and what the critics of the minister have failed to do is to provide the whole nation with the finalised curriculum for the CSE in the basic school which includes the kindergarten, to support their assertion that the government has implemented the CSE in its raw form from the framework provided by UNESCO. Rather people are circulating the UNESCO document which the GES says is subject to modification, as the finalised curriculum.

From last week on Asempa FM and other networks I have heard the Minister, the GES and the spokesperson of the ministry say the same thing that in the build up to a workable curriculum, there is a framework which the National curriculum authority assess, modify and present the final document to cabinet through the minister of education for approval. They went further to explain that the final curriculum which was approved by cabinet for KG to primary six did not include anything on CSE but unfortunately the critics dont want to hear anything of that but insist on the fact that the UNESCO framework which involves teaching children from age 4 CSE is the final document which our children will be subjected to from September.

My understanding of the preceeding is that the new curriculum does not include the CSE for the basic school. The GES trained 152,000 teachers in the new curricullum so it is easy to verify from those who attended, whether the documents they were trained on includes the CSE as the circulators of the supposed CSE want us to believe.The silence of the teachers' unions in this situation is not helping the ordinary person because granted that individual teachers for fear of victimisation will not want to disprove the ministry's and the GES position, the GNAT officials cannot be victimised and so could come out with the truth to settle the issue once and for all. If indeed the GES has not included the CSE in the curricullum of the basic schools, the call for a withdrawal and an apology will not be neccessary but if, based on the evidence provided by the GNAT to prove that the government's position as stated by the ministry in the past week is a lie, then we will all deserve a withdrawal and an apology. NACA has referred Ghanaians to their website but no one is listening. I would have loved to see a comparison of the document on NACA's website with that used to train teachers and which every teacher has, to either support or disprove the government's position. Can the average Ghanaian get professionally neutral bodies to come to our rescue on this issue?

Politicians are blaming the president for this and are using the religious nature of our citizens to support the need to kick against the CSE. When it suited them the president was wrong and continues to be wrong for planning to build a National Cathedral citing that Ghana's constitution make her a secular state. One would have thought that those who quote secularism will have been consistent with their stand and support the CSE in its entirety as suggested by UNESCO. I am not by this suggesting that the president supports LGBT and that the CSE should be taught in its western form. Far from that. I am only amused by the inconsistencies of our politicians and pray that Ghanaians will know them for who they are. One thing I know is that a president who campaigned on the staetement that "The Battle is the Lord's" will be the last person to promote LGBT in this country. Furthermore, the Minister of Education will not disgrace his lineage by carrying a document that supports LGBT from the ministry to cabinet for approval. Ghanaians should give these two gentlemen the benefit of the doubt that they will be the last persons to approve of the type of pedagogy the CSE in its entirety proposes. God save Ghana

The writer was once a Middle School teacher