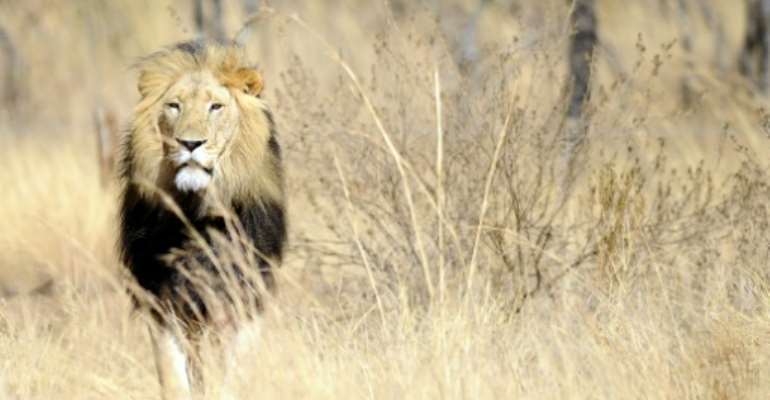 South Africa is home to more than 11,000 lions. By STEPHANE DE SAKUTIN (AFP/File)

South African officials have seized 342 kilos of lion bones -- prized in Asia for their supposed medicinal values and to make jewellery -- at Johannesburg airport and arrested three people, the environment ministry said Thursday.

The contents were misdeclared, a statement said.

"When the shipment was inspected, 12 boxes of lion bones wrapped in aluminium foil and weighing 342 kg were discovered," it said.

It did not specify the nationality of the people arrested.

Ministry spokesman Albi Modise said although the export of bones of lions bred in captivity was legal, a special permit was required to send them out.

South Africa is home to more than 11,000 lions, of which 3,000 live in national parks where hunting is forbidden.

In September last year, Singapore Airlines -- the only carrier transporting lion bones from South Africa to Asia -- said it was ending the practice.