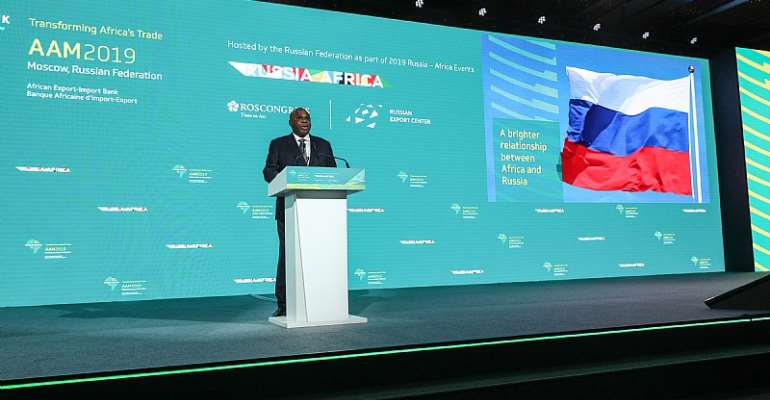 The Russian Export Center and African Export–Import Bank (Afreximbank) will once again join forces with the Roscongress Foundation to organize events in the Russia–Africa format.

The Russia–Africa Economic Forum, which will take place in Sochi on 23–24 October 2019, will build on discussions concerning Russian-African cooperation on the agenda of previous Russian events.

Following a dialogue on the sidelines of the SPIEF 2019, the annual meeting of Afreximbank, and the Russia–Africa Economic Conference in Moscow, the first Russia–Africa Summit and Economic Forum will serve as the basis for the further development of collaboration between Russia and African countries.

The events in Sochi will be the largest-scale event in the history of RussianAfrican relations. They will be attended by more than 40 heads of African states and 3,000 participants, including representatives of business, political elites, and experts, who will get together on the sidelines of the Summit and Forum to identify key priorities for joint activities for years to come.

Russian Export Center CEO Andrey Slepnev commented on the upcoming Russia–Africa Economic Forum: “We can safely say that the Russian and African sides have extremely high expectations for the upcoming meeting. The Economic Forum in Sochi will definitely be an unprecedented event and essentially a new starting point for the further development of trade relations between Russia and Africa. Our shared responsibility as a host, and the REC is a co-organizer of the Forum, is to prepare for the event in such a way as to reach out to our African partners with concrete proposals and facilitate the conclusion of a number of successful export contracts”.

Slepnev said the Russian business world has had an opportunity to appreciate the huge potential of the African continent this year. At Russia’s invitation, Afreximbank held its annual shareholders meeting in Moscow this summer, the first time it has held such an event outside the African continent in seven years.

Afreximbank President Benedict Orama noted: “Over the past two decades, trade between Russia and Africa has increased by roughly thirteen-fold – from USD 5 billion in 2001 to more than USD 20 billion in 2018. This impressive growth reflects both growing demand and the expanded geographical reach. Afreximbank works closely with the REC to inform Russian exporters and investors about opportunities on the African market. The events of the annual general meeting of the bank’s shareholders held this summer in Moscow are part of our efforts. The next milestone in this regard will be the Russian–African Summit held together with the Roscongress Foundation”.