Mugabe and the West: a love-hate affair 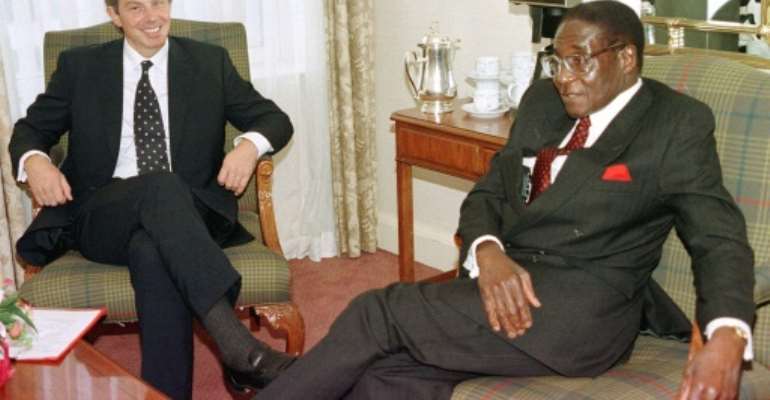 He came to power as a Mao-jacketed revolutionary, charmed the West with his policy of racial reconciliation, adopted stylish Saville Row suits and was knighted by Britain's Queen Elizabeth.

But Zimbabwean ex-president Robert Mugabe, who has died aged 95, ended his life stripped of his honorary knighthood and barred from many Western countries.

In turn, he became one of the world's most bitter critics of Western "imperialism" and of "bloody whites".

Mugabe won 1980 elections at the end of a black nationalist guerrilla war against white-minority rule in the rebel British colony of Rhodesia, and immediately called for an end to enmity between the races. 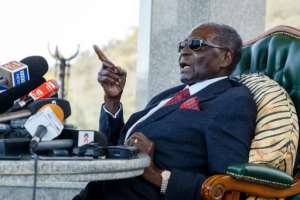 The Mugabe years are widely remembered for his crushing of political dissent, and policies that ruined the economy. By Jekesai NJIKIZANA (AFP/File)

"In the early years he was something of a darling of the West because the West was so surprised that he was pursuing, at that point in time, what seemed like a policy of reconciliation," said Stephen Chan of London's School of Oriental and African Studies.

Even as thousands of suspected black dissidents were massacred in a military crackdown starting in 1982, the West turned a blind eye, said David Moore, a professor of development studies at the University of Johannesburg.

But by the late 1990s disenchantment with Mugabe's increasingly autocratic style began to grow.

In 2000 his supporters violently took over white-owned farms -- a watershed moment in relations between the West and their protege.

The land reforms were widely condemned worldwide, with Britain's then prime minister Tony Blair describing the attacks on white farmers as "barbaric".

Mugabe hit back, calling Blair a "liar" and an "arrogant little fellow". 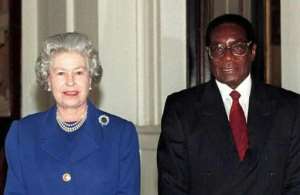 Zimbabwean ex-president Robert Mugabe ended his life stripped of his honorary British knighthood and barred from many Western countries. By Johnny Eggitt (POOL/AFP/File)

The insults didn't end there. He called then US secretary of state Condoleezza Rice "that girl born out of the slave ancestry" echoing "her master's voice".

As an early sign of protest, British military instructors who had been posted to the country for 22 years were pulled out in 2001.

"This was an African Cold War politician who was... left to hang out to dry when crises hit," said Moore.

Tension between Mugabe and the West escalated in 2002 when the veteran leader kicked out European Union election observers ahead of a presidential vote, which was marred by violence and condemned by the US as "fundamentally flawed".

The EU and the US imposed sanctions -- including travel bans on Mugabe and his henchmen for violence, electoral fraud and undermining democracy. 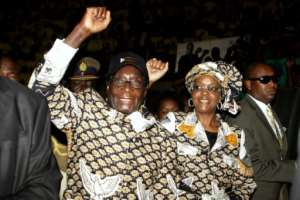 There is little doubt that being prevented from making his usual shopping forays to London hurt a man who loved cricket and was something of a closet Anglophile. By JEKESAI NJIKIZANA (AFP)

Mugabe responded by telling Blair: "Keep your England and let me keep my Zimbabwe."

But there is little doubt that being prevented from making his usual shopping forays to London hurt a man who loved cricket and was something of a closet Anglophile.

"Cricket civilises people and creates good gentlemen. I want everyone to play cricket in Zimbabwe," he reportedly said.

The hatred between Mugabe and Blair became a "personal symbol of Mugabe's antagonism towards the West", suggested Chan.

After the land invasions, Zimbabwe's economy entered a downwards spiral, with inflation reaching billions of percent before the local currency was scrapped in favour of the US dollar.

Mugabe blamed Western sanctions for the economic collapse, although they were targeted at him and his cronies personally, not at the economy.

"Why are our people being punished? It is because the imperialists want our heritage," he said.

The Commonwealth tried mediating to resolve Zimbabwe's problems in 2003 but Mugabe would have none of it, deciding to pull out of the grouping of former British colonies. 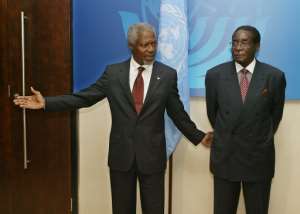 In 2008 Mugabe lost the first round of the presidential vote against his long-time rival Morgan Tsvangirai.

But Tsvangirai dropped out of the second round after a campaign of violence against his supporters and Mugabe was back in power.

After that election, the West mobilised against him, with former French president Nicholas Sarkozy saying point blank: "President Mugabe must go."

The then EU foreign policy chief Javier Solana said "the moment has arrived to put all the pressure for Mugabe to step down."

"It is well past time for Robert Mugabe to leave," said the US, through secretary of state Rice.

But Mugabe had a typical riposte: "Who said the British and the Americans should rule over others? These bloody whites. They want to poke their nose into our own affairs."

Towards the end of his era, however, a rapprochement of sorts was detected by some observers.

Mugabe in 2015 told the UN general assembly: "We invite other countries with which we may have differences of whatever nature to eschew threats, pressures and punitive actions, in favour of reconciliation, friendship and dialogue."

In turn, the EU eased some sanctions, but kept in place those imposed on Mugabe and members of his inner circle.

"Zimbabwe's broader relations with the West have also been driven by the relations between Mugabe and the UK," said Chatham House Zimbabwe analyst Knox Chitiyo.

"These have veered between confrontation, relative cordiality and pragmatic, albeit spiky, accommodation," he said.