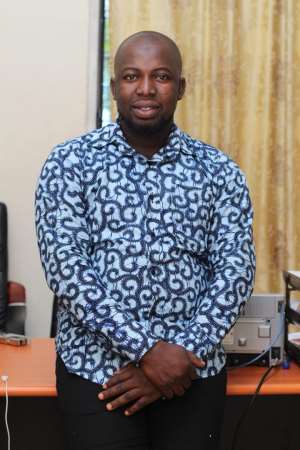 The continue extraction of rosewood in our forest and woodlots in the Upper West Region needs to be re-examined. Our political leaders including MDAs, Traditional Authorities, Landlords, some private citizens are aiding the Chinese nationals to get individuals deceived with peanuts to fell rosewoods for their gains.

It is sad that most communities have formalized the felling of rosewoods where ‘royalties' have to be paid to kin’s Men or chiefs for selling rosewood. The lucrative nature this illegal business has led to most communities’ exchange gunfire resulting in an inter-community warfare and loss of life. The healing process in these communities remained a big issue of concerned.

It is surprising that with the banned imposed by the government on the exportation of rosewood a whole factory will be setup under- supervision of political and traditional leadership in Tumu. It is a good course that, the youth have strongly risen to resist the operations of the factory. The Tumu Municipal Assembly, have not shown good leadership and they acted very empty and ignorant considering the fast-growing threats of charcoal production and now formally the activities of rosewoods in the catchment area.

We must be guided with morality and apply a common-sense approach in taking major decisions of life. Why should we continue to accept snaps and goodies and peanuts, chicken change and mortgage our resources to Asians or Chinese to destroy our natural resources to fuel their industry while we pay the price of pollutions, degradation, desertification and above all rising temperature, reduced rainfall Patten and increased in tropical diseases? The likelihood of the consequence to get worse off in the future could be more pronounced.

I expressed my disappointment on the posturing of the MCE of Tumu; a young politician who is expected to represent the hopes and aspiration of the youth, rather he is acting shamefully by even have to bless a Memorandum of Understanding (MoU) between the Municipal Assembly and the Company. I, therefore, called on stakeholders to as a matter of priority investigate the Ghana Forestry Commission in the Region, Environmental Protection Agency and the Tumu Municipal Assembly on how permit were issued since there is already a banned on felling and exportation of rosewood.

Also, I make a passionate appeal to the youth to continue to mount pressure as they demand the closure of Bachopong and LI Chong- the setup company that is believed to be partially owned by a Ghanaian and a Chinese national.

In the regime of sustainable development and resource-scarce, communities and the youth, in particular, must not allow ourselves to be exploited. The Sissala belt has not learnt from the fast desertification in the Wa West, Nadowli Kaleo, Jirapa and Lawra that used to be the hub of charcoal production, rather they are following suit. One can say for sure that, Sissala West is synonymous to Charcoal production, and Sissala East is to rosewood. We must wake up from our slumber and defend our natural resources with integrity and the spirit of the nation at heart.