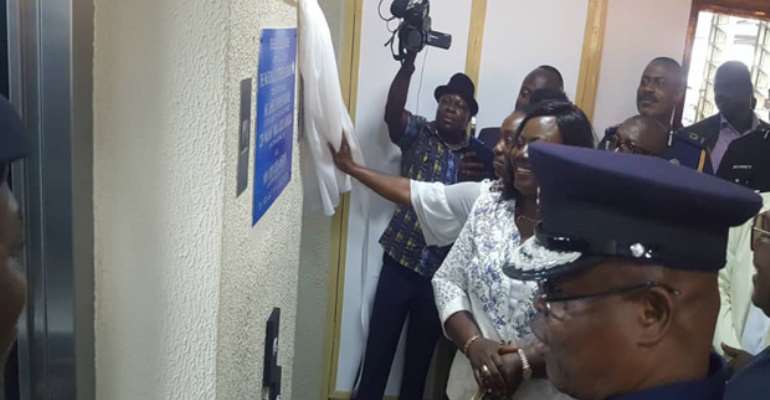 The National Lottery Authority (NLA) has installed two modern elevators worth $78,000 at the Criminal Investigations Department (CID) headquarters in Accra.

Until the installation, the six-floor storey building constructed in the 1970s had no elevators.

At the official opening, COP Tiwaa Addo Danquah said a year ago, she was rushing for a meeting and while descending the stairs, she met an old woman struggling to climb the stairs to the sixth floor to see an investigator over a case.

That, she said, encouraged her to seek assistance for the installation of elevators, which the NLA readily did.

She also witnessed a pregnant woman struggling to climb the stairs, another development which she said touched her heart, adding that she wrote to many state institutions for support but it was the NLA which obliged.

“The first organisation that came to mind was the National Lottery Authority but when I put in the proposal for assistance, the board rejected it with an explanation that the police personnel needed to exercise and did not need the elevators,” she recounted.

COP Addo Danquah continued that she later had the privilege to meet the board and during a presentation, she explained the reasons for the elevators, which they then understood and accepted.

Mr. Oppong Boanuah, who commissioned the elevators, thanked the NLA for their continuous assistance to the Ghana Police Service.

“Now the physically challenged can easily access the building without stress anytime they visit the CID headquarters,” he said.

The Director General of the NLA, Kofi Osei- Ameyaw, who is also a former Member of Parliament (MP) for Asuogyaman, urged the police to continue to support the NLA clamp down the activities of those in illegal lotteries in the country, thus, preventing the government from getting the needed revenue to work.