Letter From Africa: The Power Of An Apostrophe 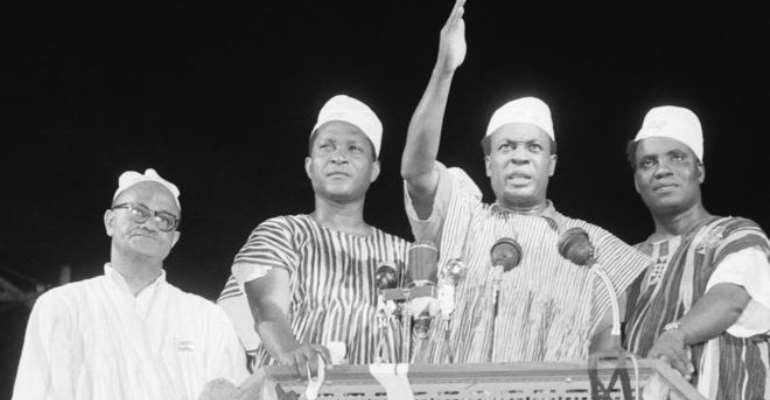 Kwame Nkrumah (second from right) led Ghana to independence in 1957, but was he the only founder?

In our series of letters from African writers, Ghanaian journalist and former government minister Elizabeth Ohene explains the politics - and grammar - behind a new public holiday.

I don't know if schoolchildren are still given lines to write as punishment for doing something wrong. If such punishments are still given, then teachers in Ghana surely have their work cut out for them now.

I can foresee pupils across the country being instructed to write the line "I SHALL TAKE PUNCTUATION SERIOUSLY" many times over. That's because even if we didn't know it before, we now know that the placing of an apostrophe can make a lot of difference.

Ghana has got a new public holiday - on 4 August. Since the holiday this year happened to fall on a Sunday, it was celebrated on the following day.

This new holiday in our national calendar has been achieved simply by the power of an apostrophe.

We now know that the placing of an apostrophe can make a lot of difference." - Elizabeth Ohene - Journalist

Some people think we already have far too many public holidays. Then there are those who believe such holidays have nothing to do with productivity - they point to other countries who enjoy more public holidays and are yet are more productive than us.

But the fear or joy of having a new holiday is not the bone of contention right now. Rather, it's about our nation's origins.

The government has formally declared 4 August a public holiday to commemorate Founders' Day - a celebration of those who founded the state of Ghana.

The concept of a Founder's Day (note the placement of the apostrophe) had been introduced by the government of late President John Evans Atta Mills. He declared our first president, Kwame Nkrumah, the founder of Ghana and designated his birthday - 21 September - as Founder's Day.

But an argument has ensued over whether we had one single founder, namely Nkrumah, or founders in the plural - being the group of people who started and led the fight for independence.

President Atta Mills and his political supporters felt strongly that Nkrumah was the unchallenged, unquestioned founder of Ghana.

It was Nkrumah who led us to independence and defined our identity, our ideology and our place in the world - they reasoned - and so would not hear of him sharing the honour of founder with anybody else.

So, they instituted Founder's Day in 2009 when Mr Atta Mills became president.

However there is the other political view in the country. This comes from a contingent that feels equally strongly that the state of Ghana was not founded by one person, but by a group of people, and so the honour should not be given to Nkrumah alone.

This group argues that other people had engaged in the struggle for independence before Nkrumah came along, and that they were in fact the ones who invited Nkrumah to leave his life in Britain to join the collective fight. 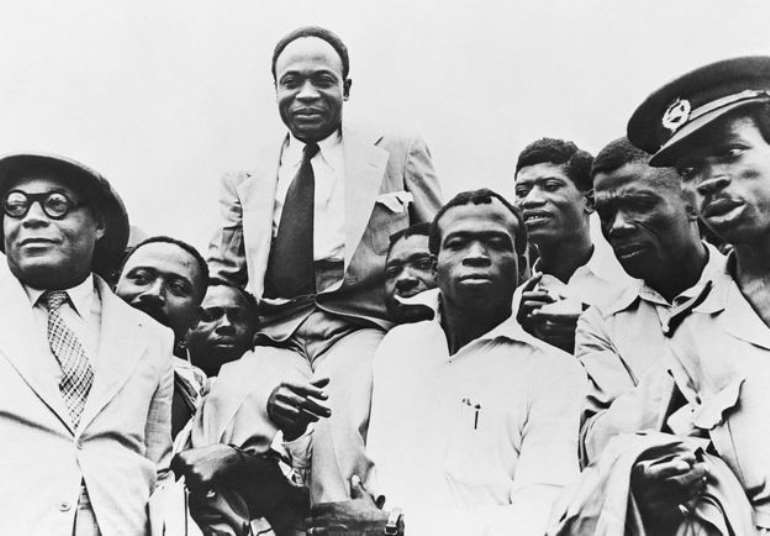 The birthday of Kwame Nkrumah (top) on 21 September remains a public holiday, but its name has changed

Nkrumah later broke away from that group in 1948 to form his own party, the Convention People's Party (CPP), which then led Ghana to independence. But that should not make him the sole founder, the thinking of this wing goes.

But these arguments for plural founders did not find favour, and 21 September - Nkrumah's birthday - was duly introduced as Founder's Day and has been celebrated for the past decade.

In 2017, the other wing of politics came into office, and earlier this year, the 21 September public holiday was re-named Kwame Nkrumah Memorial Day, and 4 August was declared Founders' Day. Plural.

The date is significant for two reasons.

Firstly, it was on 4 August 1897 that the Aborigines' Rights Protection Society (ARPS) was formed. It had successfully fought off a proposed law, the 1897 Crown Lands Bill, which sought to expropriate all our lands for the benefit of the British Crown. 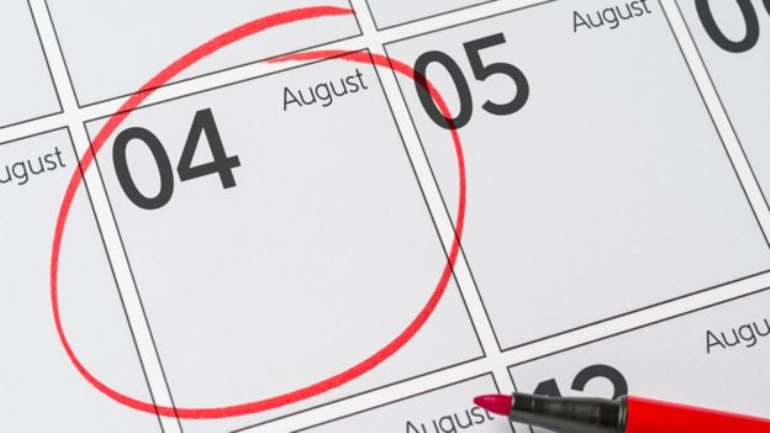 ARPS mobilised the chiefs and the public at large in the then Gold Coast, as Ghana was called under colonial rule, to agitate against the legislation.

The pressure group even sent a delegation to the UK to protest against the bill. Consequently, the colonial power withdrew it, and the ownership of our lands was never an issue again during the colonial period. Many see this as the critical fight that saved our country from the type of land ownership problems that bedevilled British colonies in eastern and southern Africa.

The other reason why 4 August is significant is that it was on that date in 1947, 50 years on from the founding of the ARPS, that Ghana's first political party made its public debut.

Called the United Gold Coast Convention (UGCC), it was from this party that Nkrumah broke away to form the socialist CPP.

The rest, as the saying goes, is history: Nkrumah was overthrown in a military coup in 1966, long periods of military rule were punctuated by the short-lived Second and Third Republics. Constitutional rule was re-established in 1993.

Simply by moving the apostrophe from before the "s" to after the "s", we've moved from Founder's Day - one person - to Founders' Day - a collective.

I used to be rather sloppy with punctuation. Now I know better. An apostrophe is all it takes to win this particular political battle.