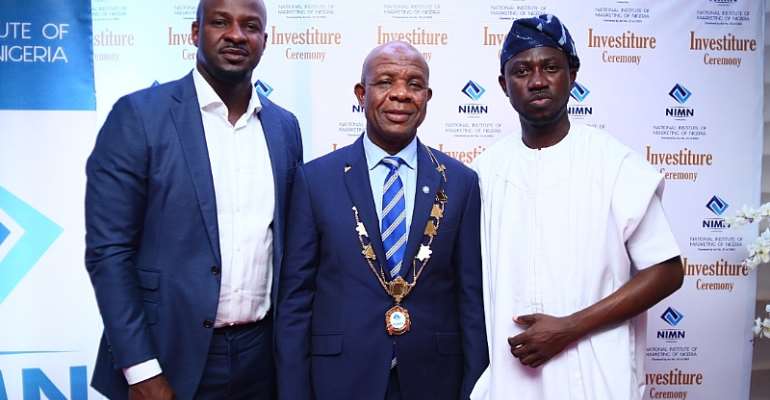 A seasoned public relations practitioner, Journalist, and entrepreneur, Ayeni has pushed the frontiers of integrated marketing communications practice in the country, having harnessed the disruptive power of new technology to birth innovative interventions in PR and marketing.

Ayeni Adekunle, as CEO of BHM, which is today a flourishing group of disruptive fledgeling companies — BHM Group — is one of the pioneers who led the industry into the digital-first strategy era of Marketing Communications in Nigeria.

Among his numerous contributions are several interventions that have served to bolster the practice of the PR profession in Nigeria and the marketing sector at large. Chief among these is his introduction of the Nigerian PR Report - an empirical analysis of the Public Relations market and the country’s first-ever annual report dedicated exclusively to chronicling data on trends, perceptions, challenges and prospects within the PR industry among others.

Ayeni is also credited for the launch of the first PR app in Nigeria in 2014; the largest and most important gathering of Nigeria’s entertainment industry practitioners called the Nigeria Entertainment Conference (NEC Live); the BHM Guide to PR — a bible of sorts for professionals interested in learning the dynamics of smart PR practice; and the Concept of Virality: a case study on Olajumoke Orisaguna and other viral stars among others.

What sets Ayeni apart is his unique and refreshing approach to marketing and PR. It was he who first called the demise of the traditional PR practice, declaring much to the hearing of all stakeholders that public relations, as was known and practised, was dead. The campaign aptly tagged #PRisDead shook the industry.

As with every innovator, Ayeni offered a more refined and rewarding approach to PR; first to acceptance of many and then the chagrin of the sceptics who later became converts and advocates of the digital-first approach to PR and Marketing.

The NIMN President and Chairman of Council, NIMN, Tony Agenmonmen while conferring the award, described Ayeni as “an outstanding marketing practitioner whose hard work has supported and grown our industry’s professionalism. Our Hall of Fame celebrates those who have worked on behalf of the industry and their leadership inside and outside of it and Ayeni Adekunle is without doubts highly deserving of this recognition.”

“This is a great honour, not just for me but everyone at BHM Group. I decided on PR because I saw a gap and an opportunity to make an impact and unlock value and that is exactly what we have done and continue to do at BHM. I am deeply appreciative of this recognition and want to express my appreciation to the council,” Ayeni said in his remarks.

Started with zero capital 12 years ago, the agency is today one of the most valuable in the market having worked with clients in Nigeria, South Africa, Kenya, Milan, Paris, Las Vegas, Ghana, and Barcelona among others.

Ayeni's belief in not just the industry but the country is perhaps best captured by the payoff line of the BHM Group: "Inu ikoko dudu leko funfun ti jade" which translates to “out of the black earthen pot comes the white pap”.

This honour is, at once, an affirmation and recognition of his immense contributions to Nigeria's Marketing sector.

The Nigerian Institute of Marketing is the leading body for marketing professionals, sales and marketing directors, customer service managers, relationship directors as well as other diverse marketing & communication professionals across the country.

The Institute was chartered by Act of Nigerian Parliament 25 of 2003 as the body with the sole regulatory powers for the marketing profession in Nigeria.