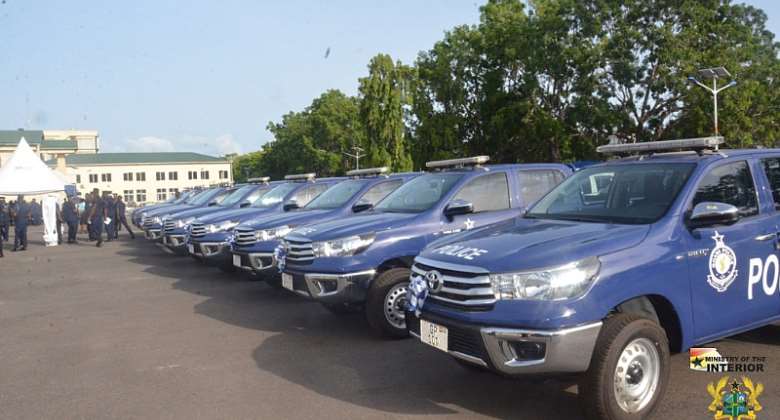 The Ghana Police Service has said it has procured two vehicles and other security equipment to sustain Citi TV’s War Against Indiscipline campaign.

The Director-General in charge of Public Affairs for the Police, ACP David Eklu, said: “for now we have two brand new vehicles that will support the operation.”

He also outlined the focus of the Police’s collaboration with Citi TV on the campaign.

The essence is to make our roads safe… if you are driving, you must consider other road users. If we are able to get this into the psyche and driving culture of Ghanaians, I believe that we should be able to reduce road crashes significantly.

Citi TV's collaboration with the Ghana Police Service to clamp down on drivers flouting road traffic regulations has seen the state benefit from GH¢258,000 in fines.

Almost 500 drivers have been arrested for breaching traffic regulations on various roads in Accra.

The collaboration started on June 17, 2019, has so far covered roads in the Greater Accra Region noted for reckless driving.

The War Against Indiscipline campaign itself was started by Citi TV in May 2019 and has received support from the public and civil society so far.

The campaign aims to avert the increasing loss of lives through road carnage due to recklessness and general disregard for traffic regulations.