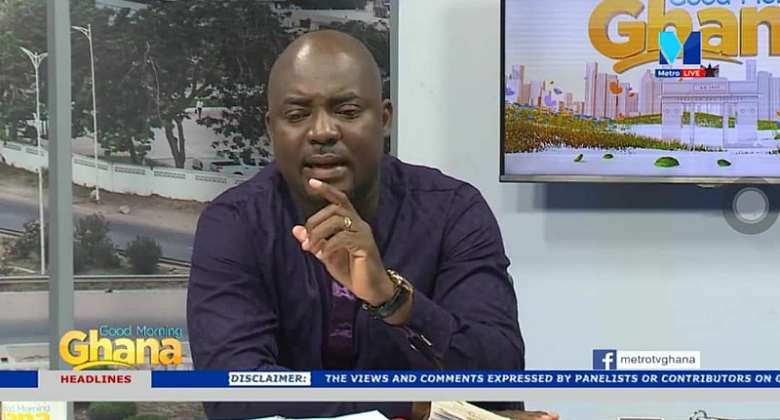 The Minority caucus in Parliament would in the coming days file a half hour motion over the GHS283.5 million judgment debts claimed to have been paid by the Akufo-Addo government from January 2017 to date.

Member of Parliament for Mion Constituency, Hon. Mohammed Abdul-Aziz hint this in a statement copied to Modernghana on Sunday, July 14, 2019.

According to him, the motion has dragged the Minister of Finance, Ken Ofori Atta to appear before the house to give further and better particulars on the basis for the GHS282.5 million debts.

He added that it would enable the parliamentarians to interrogate the Finance Minister to provide specific institutions and individuals that the government paid the judgment debts to.

The Finance Minister on Friday, July 12, revealed the judgment debts payment when he appeared before the House to answer question filed by the Mion lawmaker.

Nevertheless, Hon Aziz said he is disappointed that the Finance Minister provided a general answer on the questions without specifics as to the break down of whom the debts were paid to.

"I am disappointed to hear Government through the Finance Minister Mr Ken Ofori Atta in response to my question on the floor of Parliament disclosed that a whopping sum of Two Hundred and Eighty-Three Million, Five Hundred Thousand Ghana Cedis (GH¢ 283,500.000.00) has been paid by Government in judgment debt to various individuals and institutions, " he stated.

This, Hon Aziz in a statement served notice he would on behalf of the Minority file a half hour motion for the Finance Minister to provide specific details of the judgment debts payment.

Below Is Full Statement:

I am disappointed to hear Government through the Finance Minister Mr Ken Ofori Atta in response to my question on the floor of Parliament disclosed that a whopping sum of Two Hundred and Eighty-Three Million, Five Hundred Thousand Ghana Cedis (GH¢ 283,500.000.00) has been paid by Government in judgment debt to various individuals and institutions.

It is unfortunate that the Minister did not provide the official list of persons and institutions who have benefitted from this judgment debt payment because the details we are hearing about who the beneficiaries are staggering.

In the Run-up to the 2016 General Elections, Mr. Akuffo Addo, then Presidential Candidate of New Patriotic Party (NPP) and his Running Mate Dr. Mahamud Bawumia, now President and Vice President respectively of our republic criminalised judgment debts, scored cheap political points and created the impression that their future Government will not commit a cedi into payment of judgment debt and that is why it’s disappointing and disgusting that under their watch such a huge amount of money which could have been used to pay road contractors for worked done and certified, complete the abandoned E blocks and Eastern Corridor road project which were all started by the previous Government of John Dramani Mahama.

This huge quantum of money could also be used to resuscitate the National Health Insurance Scheme and Metropolitan, Municipal and District Assemblies (MMDAs) which are in the state of comatose because not even a cedi has been paid to them for 2019 fiscal year, apparently for lack of resources.

Sadly, it’s emerging that a lot of these payments resulted from default judgments and out of court settlements and paid to individuals and businesses linked to the governing NPP.

The Judgment Debt Commission set up by the previous NDC administration chaired by Justice Yaw Appau made a number of recommendations on how to stem such massive leakage of funds. As a nation, we need to re-visit the report of this commission and implement its recommendations to avoid such huge losses on the public purse.

I would want to serve notice that, in order to allow for a proper interrogation of the judgment debt the NPP Government has paid so far, I will soon be filing a half hour motion to seek to get the Minister of Finance to appear before the house with specifics on the individuals and businesses the judgment debts were paid to and specific timelines so we can interrogate it further.