NAM1 Not In Police Custody? 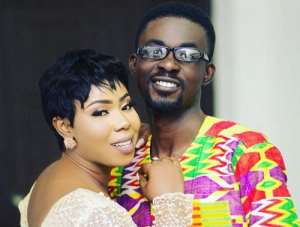 The Chief Executive Officer of gold dealership firm, Menzgold Ghana Limited, Nana Appiah Mensah aka NAM1 is not in police custody as has been claimed.

The owner and director of OXY FM, Alfred Kwame Larb, in a radio interview claim the Menzgold boss is cooling off in his East Legon residence.

He did not provide any evidence to back his claim but explained that being in police custody is not the same as being kept in prison custody.

Explaining further, he told Accra-based Rainbow Radio that with the police custody, when one is influential, he is allowed to go home in the quiet; stressing that that is the circumstance in which NAM1 has found himself to be cooling off.

NAM1 was picked up by the Criminal Investigations Department (CID) of the Ghana Police Service when he touched base in Accra last Thursday.

He was arraigned before court on Friday and charged with defrauding 16,000 people of GH¢1.68 billion.

According to the state, his action contravened sections of the Banks and Specialised Deposits Taking Act, 930 and the Criminal Offences Act while operating Menzgold and its sister company, Brew Marketing.

He had been in detention in Dubai since December 7, 2018, when he was arrested in that country on charges defrauding a business partner there.

After months of legal tussle, he was released as prosecutors could not prove their case of fraud against him.