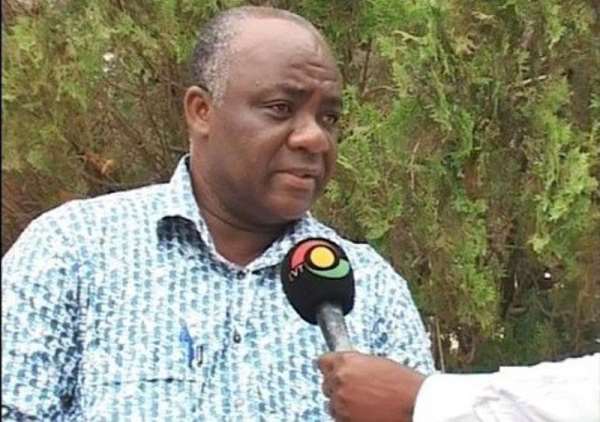 Alhajj Suleman, Germany - Last week I read from some online portals with shockwaves through my spine, a supposed plot the NPP chairman of Asante Mampong is hatching to disqualify Hon Francis Addai-Nimoh from contesting the parliamentary primaries of the party in the constituency.

In these reports, a purported 'warning' letter which is said to have been unilaterally written by the chairman, was sent to Hon Francis Addai-Nimoh. The said letter averred amongst other things that, he, the chairman, has observed that, the Hon has been campaigning in the constituency subtly before official opening of nominations. As though struck by the oracles to confess, the chairman in the said letter, said he was in possession of tapes of the alleged campaign activities of the Hon.

Before I proceed any further, who is Hon Francis Addai-Nimoh? And why am I concerned about what happens to him in his own constituency? Though a well-known figure, I still wish to intimate who he is in order to be able to situate my article in the right perspective.

Hon Francis Addai-Nimoh is a former MP of the Mampong constituency. He was amongst the candidates who contested to become the party's flag bearer for 2016 elections. He placed third after the contest. After loosing to H.E. Nana Addo, he relentlessly joined the 2016 campaign of the party. I personally have knowledge of his contributions to many orphan constituencies and TESCON in many tertiary institutions.

Thankfully, NPP won overwhelmingly in 2016 and he's the only one amongst all the contestants, who has of yet, not been given any appointment. This will not shatter him, he has continued through many fora, to rally support for this government. On many occasions, he has stated clearly his belief in this government and its ability to deliver.

Very affable, open-minded warmth, and kind-hearted man. He exudes all the qualities of a quintessential patriot. After paying so much dues to the party, and being deliberately ignored for appointment, the least I, like many other right thinking party folks, could do for him, is to defend him against party scavengers.

Having observed him as an unassuming character, I take the fight personally to the doorsteps of any scavenger who would try to disrespect him. I'm concerned because if gallant patriots like him are allowed to be flippantly disrespected, we will be setting bad precedence which will make it difficult for anyone in the future to become a devout patriot and make sacrifices to the tune of that of Hon Addai-Nimoh.

Now back to the substantive issue of this article. The Mampong chairman, whom I shall hereafter refer to as one-man chairman, has laid bare his evil intention albeit unknowingly when he stated in his misguided 'warning' letter that he has tapes of the Hon's campaign moves in the constituency. So a whole chairman set out spies to be spying on not only a bona fide member of the party but towering one at that? Interesting!

How come the one-man chairman thinks himself so highly, much so that, he thinks he wields the power to disqualify? Such a funny effusion! His source of motivation could be none other than some few pecuniary benefits he might have received. This conduct of the chairman makes him a candidate for impeachment since his conduct has brought the image of the party into disrepute and laid bare his incompetence to lead the party.

Let me use this opportunity to educate the one-man chairman if he cares to learn. The constitution doesn't give him the power to disqualify any candidate. Not even the national chairman, Freddie Blay, can disqualify anybody on the flimsiest of excuse. NPP is built on sound democratic principles. Our party by its very existence abhors despots and totalitarians. The despotic tendencies the one-man chairman has exuded is not only shameful, but it also exposes his lack of depth of the party's constitution and principles.

Further outside the constitution, a chairman of our party has a moral obligation to close crevices within the party and should never venture to create crevices at least if he can't close those that exist if any. A chairman should be the last to take sides in any contest which he must supervise. The divisionist posture of the one-man chairman is a recipe for opening crevices within the party in Asante Mampong.

Power is very tricky and we mustn't take chances. This is the time to consolidate the party's base by bringing everyone on board no matter our differences. The moral obligation of a chairman is to lead the charge for this consolidation. It's therefore terribly baffling that a chairman will openly take sides in a contest whose date is uncertain and threaten to use his office to disqualify one candidate to the satisfaction of he, the one-man chairman's, preferred candidate.

This is where I think the party leadership must step in to tame all the one-man chairmen across the country before their bad leadership styles lead us into a ditch. Every true patriot should ensure we don't leave the destiny of the party into the hands of self-seeking individuals whose only objective is to amass ill-gotten wealth by creating divisions in our party. Let's speak up!

Let me conclude by sending a stern warning to the chairman of Asante Mampong and like-minded chairmen across the country, that we will not allow them to take the party to opposition with their bad and divisive leadership. Particularly to the one-man chairman of Asante Mampong, it should be known to him that, Hon Francis Addai-Nimoh is an asset to this party and a potential president of this country. For this reason, so we won't sit and allow him to disrespect the Hon in order to please his paymasters. Never! The Hon Francis Addai-Nimoh cannot be your scapegoat.

Hon Francis Addai-Nimoh's clout has transcended the walls of Mampong constituency and so when you go about doing the bidding of your paymasters, you ought to be careful because there are dozens of people like myself, who would fight tooth and nail to defend the honour of this excellent patriot.

I haven’t said NPP is Majority in Parliament – Bagbin clarif...
45 minutes ago