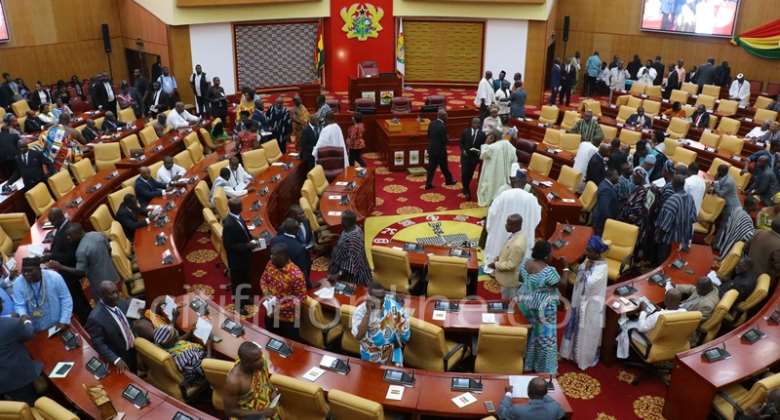 The Majority Leader of Parliament, Mr Osei Kyei-Mensah-Bonsu, has assured that, parliament as a body would factor in the concerns raised by Ghanaians on the proposed 450-seater new chamber of Parliamentary.

According to him, the decision to build the new 450 chamber is a proposal by the Parliamentary Services Board and that, parliament as an institution is yet to take a final decision on the project.

He added that, no agreement has been reached nor contract been sign for it and that, process to construct the new Chamber is still on the deliberation level.

Ghanaians have kicked against of a new chamber, as Social media have been awash with harsh criticism against parliament and its leadership over proposed new chamber.

But Speaking to Media in parliament ThursdayJuly 4, Kyei-Mensah Bonsu said the interest of Ghanaians be considered in the final determination on the proposed construction of a new Chamber for the August House.

The Suame lawmaker saidHe added that “ultimately, whatever decision that parliament can take on this, would have to factor into that decision, the sensibilities of the good people of this country.”

He however described the backlash as “unfortunate” but pointed that Parliament owes it a duty to Ghanaians to provide clarification on the plan and why the proposal was made by the Board.

The construction of a new parliamentary chamber is expected to begin before the end of 2019.

David Frank Adjaye, a renowned architect, designed the model and indicated the project wilbur be completed in three years if it so commence within this year.