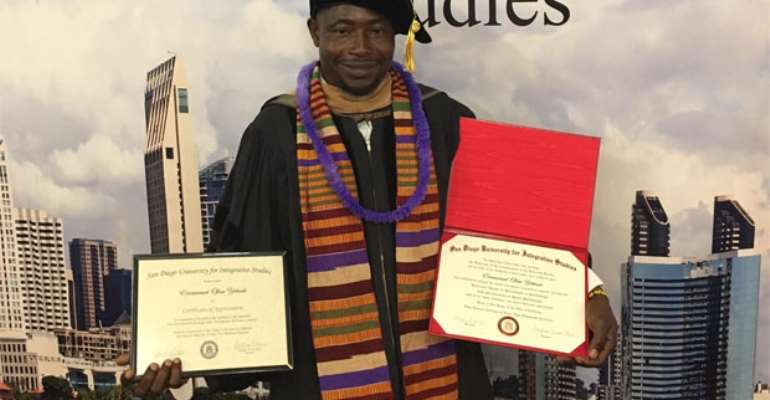 A physically challenged Emmanuel Ofosu Yeboah, has received an honorary doctorate degree of philosophy in psychology from the San Diego University For Integrative Studies in the United States.

He got the degree with specialisation in sport psychology.

It said he was honored the degree after “he satisfactorily pursued the studies and passed examinations required for the award.”

The CPP recalled that Dr. Yeboah previously lifted the image of Ghana through international Olympic cycling.

It recounted that in 2001, he bicycled 400 miles across Ghana to bring attention to the plight of the disabled in the country.

According to the statement, “indeed, in 2005 his endeavours caught the attention of Oprah Winfrey who invited Dr. Yeboah to share his heart touching story.”