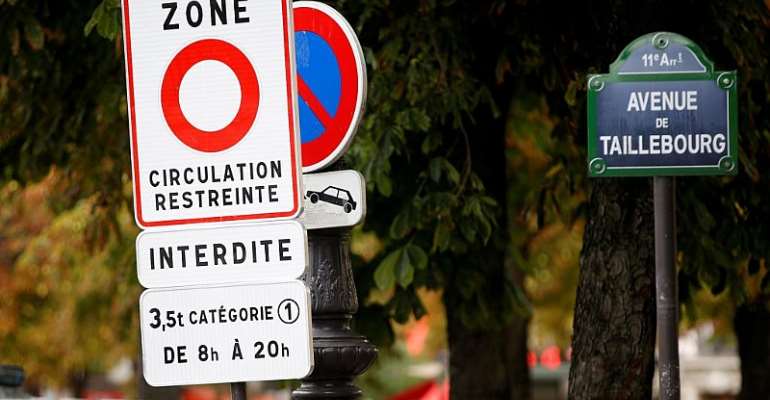 Paris banned the most polluting cars from the French capital and surrounding areas on Wednesday after warnings from the government's air quality information service that pollution could peak. The traffic ban will also be rolled out in Lyon. The smog comes as France, as much of Europe, battles a blazing heatwave.

Only clean cars, those with vehicles carrying stickers 0, 1 or 2, as well as people with electric vehicles, were allowed to enter the French capital Wednesday.

The restrictions come after warnings from the government's air quality information service Airparif that the threshold for ozone pollution (set at 180 micrograms per cubic meter) would be exceeded.

The surging air pollution is linked to the intense heat wave that has struck half the country. Sixty five departments have issued an orange alert-the second highest alert there is.

The other vehicles, mostly older and diesel cars, will be prevented from circulating in Paris.

This means that for the first time cars carrying Criti'Air 3 stickers will not be allowed on the A86 motorway, the second ring road around the French capital.

The move has met with resistance from drivers notably on the outskirts of Paris in the banlieue, with some saying they would brave the restrictions anyway.

'Face up to reality'
For France's Minister for Ecological and Solidary Transition François de Rugy, the emergency measures are vital.

"We have to face up to reality, air pollution increases when there is a heatwave like the one we are currently experiencing," he said Tuesday.

Temperatures are expected to soar to 40C this week, with 37C reported for Wednesday afternoon.

Amid the high level of ozone pollution induced by the rising temperatures, speed limits will also be cut by 20 kilometer per hour in Paris and Ile-de-France on Wednesday, while vehicles weighing over 3.5 tonnes will be asked to bypass the city centre and nearby surroundings completely.

To encourage people to leave their cars at home, public transport and residential parking are also free.