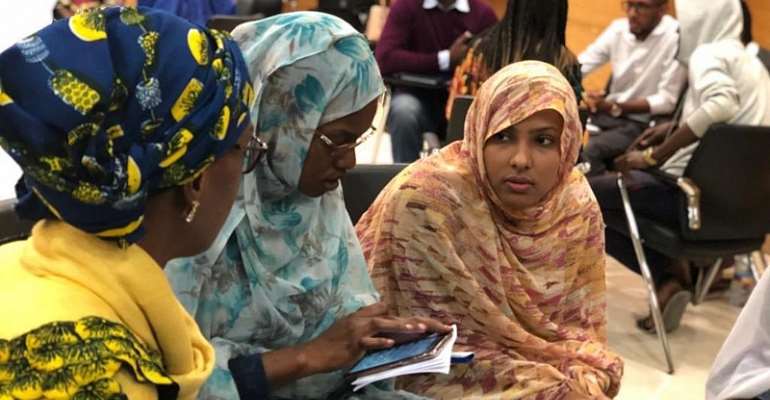 A summit regrouping 10 Mediterranean countries has opened in the southern French city of Marseille. Foreign affairs ministers are meeting representatives from 100 civil society groups, which have presented over 200 projects to meet the needs of the region.

The two-day Summit of the Two Shores is an initiative of French President Emmanuel Macron, who will attend the meeting on Monday 24 June.

He wants to expand the 5+5 Dialogue to fully involve civil society groups, which are for the first time involved in the decision making process.

The grouping serves as a sub-regional forum for the 10 Western Mediterranean countries that have taken part since its creation, five from the north (Spain, France, Italy, Malta and Portugal) and five from the south, the Arab Maghreb Union, (Algeria, Libya, Morocco, Mauritania and Tunisia).

It is one the first prolific initiatives between Mediterranean countries and a prelude to the structures that were built with the Barcelona Process of 1995.

President Macron first floated the idea of a significant contribution from civil societies last year during a state visit to Tunisia in February.

He then expanded on the idea later in August at the Ambassadors' Conference in Paris where he outlined the need to “define a Mediterranean policy" built on an analysis of successes and shortcomings of Europe's engagement with the South Mediterranean over the years.

“This is the first time that a political meeting at the highest level is being prepared by the civil society in accordance with diplomats and governments,” declares Elisabeth Guigou, French former minister of justice and current president of the Anna Lindh Foundation.

“The input of civil society is very important. They are new actors in the field, they bring creativity and channel the voice of our youth,” she added.

Macron initially mentioned a summit with the heads of state of the 10 Western Mediterranean countries but the region's political agenda does not permit such a gathering.

Presidential elections were held on 22 June in Mauritania, on the eve of the summit, and there is no democratically elected President in Algeria since Abdelaziz Bouteflika was forced to resign in April amid popular protests.

President Macron's presence at the summit in Marseille was only confirmed last week. The foreign affairs ministers from the two shores of the 5+5 Dialogue will represent their respective governments in Marseille. Ten civil society representatives for each of the member states were chosen to participate in the event.

Euro-Mediterranean dialogue
The 5+5 Dialogue has been in existence since 1990 and is mostly regarded as a talking shop.

It was created before the Barcelona Process – also known as the Euro-Mediterranean Partnership, driven by France and Spain – which was set up in 1995 to be then folded into the Union for the Mediterranean, initiated by former French President Nicolas Sarkozy in 2008.

The Union for the Mediterranean (UfM) – a much larger grouping comprising 43 member states – is also attending the summit. UfM is regarded as a key partner by the organisers and was present at the five preparatory forums held by the civil society ahead of Marseille.

“The UfM doesn't regard the Summit of the Two Shores as a rival but, on the contrary, welcomes the impetus provided by the summit to the Euro-Mediterranean cooperation,” says Miguel Garcia-Herraiz, deputy secretary-general of UfM.

Germany and delegates from the European Union are also involved in the Marseille summit.

Grassroot solutions
The 100 representatives – 53 women and 47 men – met for three months, from April to June, to deliver projects that will be presented to the ministers and donors in Marseille.

“The focus is on projects that are readily feasible and that can be realistically funded,” says 2015 Nobel Peace Prize Laureate, Ouided Bouchamaoui, the head of the steering committee that oversees all ten civil society groups. “They also have to bring tangible solutions to the 5+5 region.”

Two hundred and thirteen projects have been pre-selected. Apart from ten stand-alone projects, the rest are clustered under 19 umbrella projects.

Five umbrella projects will be presented to President Macron on Monday. These projects highlight the five main themes outlined for the working sessions: energy, youth education and mobility, economy and competitiveness, culture, media and tourism, environment and sustainable development.

“President Macron has a strategic vision for the 5+5, that should bear fruit in ten to 15 years. This while taking into consideration the growing influence of China and the United States,” says 71-year-old Abderrahmane Mebtoul, the leader of the Algerian civil society delegation, who is a lecturer in strategic management and economic adviser to the Algerian government.

“If there is no dialogue across the two shores, there will be no shared prosperity.”

According to Bouchamaoui, the financial institutions have already shown some interest in a few projects and are waiting to receive detailed information while in Marseille.

Mediterranean realities
“The projects we have been working on reflect the realities of the 5+5 countries at this moment in time,” says Professor Simone Borg, the leader of Malta's civil society delegation who is also a specialist in environmental law.

Borg says that energy was a predominant concern during their discussions as it is fundamentally linked to development and the well-being of people.

“We spoke about 'sagesse énergétique', a sustainable and clean energy that encourages research and is easily accessible, for example, to tiny villages in remote areas of the Southern Mediterranean,” she added.

Libyan civil society representatives said they expect a lot from this summit. Majdy Ahmed Jebeiel, 27, is an English teacher who founded the Charity and Piety Organisation in the southern town of Sabha. He stressed that unemployment is a major issue in Libya.

“We are in an exceptional situation. We do not have the same needs as Tunisia or Algeria, for example. Ours are bigger. We need help from the region, especially in education and job creation,” he said.

“This initiative is a golden opportunity that enables people from different backgrounds, working in different fields, to have direct contact which otherwise may not have been possible,” he added.

Alserkeek said he would like to see larger civil society networks “snowballing from a hundred to a thousand in the next few years”.

Teslem Zein, a 23-year-old from the Mauritanian civil society delegation, is the coordinator of projects at i-Lab incubator in Nouakchott.

She believes the summit gives civil societies the opportunity to be in the “driver's seat” while facilitating a “dynamic exchange around the Mediterranean region that goes beyond the sad reality of clandestine migration and its consequences for our countries”.

Shared vision
“Our differences is a very good opportunity to achieve resilience,” says Patricia Ricard, the leader of the French civil society delegation and chairperson of the Pierre Ricard Oceanographic Institute.

“In the North we may have better technical skills but the age-old traditions in the south can show us how to deal with heat and water scarcity, for example,” Ricard added.

She said civil society is much more aware of the day-to-day challenges, posed by issues like climate change, children's education and more.

Critics are concerned that the civil society representatives put forward by some states were chosen because of their affinity with the people in power.

Political will
Decisions taken by the 5+5 Dialogue are not binding. Guigou, who held three ministerial positions under socialist governments in France, is confident of the political engagement of the Foreign Affairs ministers. “And it will be closely followed by President Macron,” she says.

Ambassador Pierre Duquesne, the French interministerial delegate to the Mediterranean, described the Summit of the Two Shores as a “complex concept” because governments and civil society will sit at the same table for the first time.