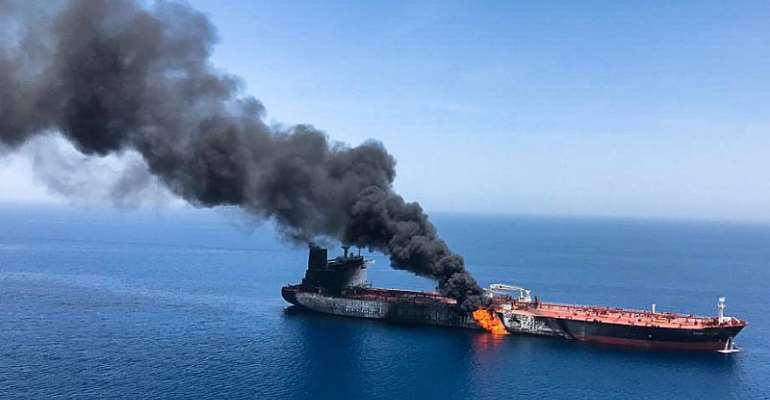 In an effort to defuse tensions in the Gulf, French President Emmanuel Macron sent his top adviser to Iran this week for meetings aimed at ending the war of words between the United States and Iran.

Adviser Emmanuel Bonne held high-level meetings in Iran's capital, Tehran, on Wednesday "with the aim of contributing to the de-escalation of tensions in the region", according to the French presidency.

No indication was given as to whom he met. Bonne left Tehran on Wednesday evening.

Tension ramped up again on Thursday after Iran announced it had shot down a US “spy drone” with a missile, claiming the device had violated Iranian airspace near the Strait of Hormuz.

The US military confirmed that an American surveillance aircraft was shot down by an Iranian surface-to-air missile over the Strait of Hormuz, but claimed that it was in international airspace, according to a statement by US Central Command.

This incident follows last week's attacks on two oil tankers in the Strait of Hormuz that the US claimed Iran had carried out. Tehran denies it attacked the tankers.

The US and Iran have had no relationship since the Iranian revolution in 1979.

The pressure heightened after US President Donald Trump said the US would pull out of the 2015 Iran nuclear agreement and re-imposed sanctions on the country.

The French presidency said that Emmanuel Macron will be in Osaka, Japan in late June for a G20 summit and will “have contact with the main players,” referring to the US and Iran.

European diplomats are trying to save the nuclear deal, as Iran threatens to break its agreed nuclear enrichment limit.